The rapper has also removed a contribution from musician KayCyy, and has edited the mixing of the album further, a month after the record’s initial release.

Echoing the tumultuous roll out of Kanye West’s album Life of Pablo, where the album wasn’t completed until the record was already on all streaming platforms, West is still making edits to his newest album DONDA, a month after its release.

Various Reddit users have found that R&B vocalist Chris Brown and KayCyy have had both of their contributions removed. The artists initially featured on the tracks New Again and Keep My Spirit Alive, which have now been edited to instead include West himself, and his Sunday Service Choir. As well as this, West has added extra bass to the track Junya, and has edited the mixes of God Breathed, Come to Life, and Jail pt 2.

Brown called West a “whole hoe” after he allegedly didn’t use Brown’s entire verse on New Again, prompting the singer to post the verse on Instagram, which has since been deleted. It seems as though the tracks were edited due to creative differences rather than anything malicious. With Brown’s bad track record, it could have been assumed that the artist was removed due to the controversy and scrutiny that he invites when releasing music, but that does not seem the case. West is yet to comment on why exactly the changes were made.

The album has sparked controversy ever since it’s announcement, and was in recent news due to West locking himself up in stadiums to ‘complete’ it, where he spent weeks past its scheduled release editing. Alongside this was the controversial invitations to artists Marilyn Manson and Da Baby (after public accusations of their  respective sexual assault and homophobic remarks) at a listening party for the record, the former of which was also credited for two songs on the record, Jail and Jail pt 2. West also rekindled his feud with Drake over the time of DONDA’s eventual release, and allegedly treated his employed sound engineer poorly when creating the record.

The album had the biggest debut on the Billboard 200 in 2021, garnering a No. 1 with 309,000 equivalent album units sold. Netflix has also announced a multi-part documentary based on the life of Kanye West to come in 2022, titled Jeen-Yuhs; it has reportedly been in production for 21 years, and was acquired for $30 million. 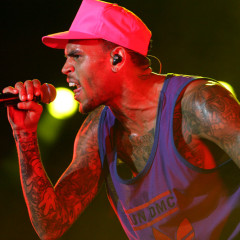 The rapper has also removed a contribution from musician KayCyy, and has edited the mixing of the album further, a month after the record’s initial release.