The changes may be caused by the body’s immune response, rather than the vaccines themselves.

Reproductive immunology specialist Victoria Male has called for an investigation into the effects of Covid vaccines on periods, after over 30,000 reports of menstrual changes have been logged in the UK. The reports have been made to the UK’s Medicines and Healthcare Products Regulatory Agency (MHRA) through its yellow card side effects reporting scheme.

The MHRA does not currently list menstrual changes and unexpected vaginal bleeding in its list of side effects, Male notes, but are being called upon to alter this in light of the large number of reports. The MHRA state that the reports do not equal a noteworthy side effect, as the number of reports are low, in relation to both the number of people vaccinated and the fact that menstrual disorders are already widespread. However, Male argues that the way data is collected through the yellow card scheme makes drawing conclusions tricky.

Male is keen to note that if a connection is found, it is likely to be the result of the body’s immune response, rather than the vaccines themselves. The reports of menstrual changes have come from people who have received a variety of vaccines, and there have been links drawn between Covid itself and these changes, supporting the theory that they are caused by immune response. Male cites a study of menstruating people that found a quarter of them experienced disruption to their periods after catching Covid-19.

Male’s call for an investigation into this subject comes from a want for transparency, rather than worry. She says that most people who have reported menstrual disruption return to normal the following cycle. She also makes note that there are no clear links between Covid vaccination and infertility.

This, however, is exactly why she is calling for a full study to be conducted. She stated: “Vaccine hesitancy among young women is largely driven by false claims that Covid-19 vaccines could harm their chances of future pregnancy… Failing to thoroughly investigate reports of menstrual changes after vaccination is likely to fuel these fears.” 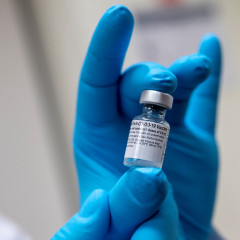 The changes may be caused by the body’s immune response, rather than the vaccines themselves.