Once used as a secret code by closeted filmmakers to elude censorship, queer coding has a long and complex history that has both benefitted and harmed the queer community.

Queer coding is a practice within film and TV by which a character can be communicated to the audience as queer without explicitly stating it. Inference and stereotypes are used instead to convey this, and this in many ways due to the Hays Code.

The Hays Code (named after its creator, Will H Hays) was first published in 1930 and was an attempt to censor films within the US. Although only enforced within the US, there were similar censorship guidelines in other countries, and regardless, America and American values, then and now, dominate the film industry. The code forbade filmmakers from depicting “any inference of sex perversion”, essentially making homosexuality on screen illegal (it was illegal off the screen in the majority of states too).

From this, queer coding grew. As queer individuals within the film industry were not allowed to overtly depict queerness, it had to instead be conveyed via code and inference. Mannerisms, in appearance and behaviour, were used to convey queerness to the audience without explicit statements. However, this could still be picked up on by the censors, so often it was villainous characters that were queer coded as this was seen as more socially acceptable.

Straight filmmakers also queer coded villains, but with far less good intention. This practice continued long past the Hays Code’s reign (which ended around 1968), and even into the modern day. Several Disney and Bond villains are queer coded for example. In the recent Netflix hit Squid Game, the villains were not only coded queer, but explicitly queer. It went unnoticed by so many people because we’ve been so conditioned by media into expecting a sense of queerness from our onscreen villains.

Another side effect of queer coding is that it unintentionally taught queer audiences to constantly read between the lines for representation, to become hypersensitive to insinuation and innuendo, and to find meaning in small details. In fact, society in general has made LGBTQ+ people hypersensitive to small details, with homophobia and transphobia being conveyed with innuendo and microaggressions alongside overt hatred.

With this hypersensitivity often leading to hurt, many LGBTQ+ people, either intentionally or unintentionally, found ways to make it a positive experience instead. Many queer people have a certain love for queer coded villains, who are incidentally often far more interesting or complex characters than the straight protagonist. The queer community has also always found more positive examples of queer coding, sometimes left in a piece of media as a loving nod to the community from a closeted filmmaker, sometimes ignorantly by a straight director.

Queer coding has usually been split into two camps. One is the overt, obvious kind of queer coding that would be easily picked up on by a straight audience which could be used to villainise or ridicule the queer coded character. The other is subtle and esoteric, intended as a secret message to the queer individuals watching, based on signifiers that only they would know.

Although the subject and its worth can be debated, queer coding is an important part of queer culture and queer history. It has also led to a sort of second history of queer film, alongside explicit queer filmmaking there is also a catalogue of films that may not seem queer at a first glance but have become adopted by the queer community who have found meaning within them. Some films are not queer coded in the traditional sense, i.e. intentionally, but have become relevant to the LGBTQ+ community due to the hypersensitivity to meaning that queer coding in part caused. In essence, we queers coded these films ourselves.

But how does queer coding appear in practice? One form would be in appearance, or dress, such as in Calamity Jane (1953). Calamity’s butch dress and demeanour, along with the bond between her and Katie (although they do fight over a man), and her song about her “secret love” – my favourite from the film – all scream queer to those in the know. Meeting other lesbians throughout my life there’s always a common theme – we all love Buffy, and we all love Calamity Jane. Another example of this could be Hellraiser (1987), made by openly gay filmmaker Clive Barker, who has said that “the look of the Cenobites, such as the pins in their leader’s head, was inspired by S&M clubs”.

Some people have also interpreted Hellraiser as an allegory for AIDS, with the theme of chasing pleasure to the point of hell, although I find that to be an insensitive reading. However, the ‘AIDS allegory’ is unfortunately a whole subgenre within queer coded films. One example of this is The Lost Boys, also made in 1987 and also by an openly gay director – Joel Schumacher. Schumacher himself was convinced that he would contract and die of AIDS, although he ended up surviving the epidemic. Many people have read The Lost Boys as referencing AIDS, with vampirism as a stand-in for the disease. The clothing, lifestyles, and male bonding rituals within the film are also often cited as examples of queer coding.

The topic of AIDS is thankfully not the only queer coding metaphor – its an important topic to cover but should not be seen as the be-all-and-end-all of the queer experience. The Matrix (1999) is a famous example of a queer coded film that uses metaphor – in this case the film being in many ways a metaphor for being trans. Its directors, the Wachowski Sisters, were not publicly out as trans women at the time the film was made but have since shared with the public their real gender and how their experiences informed The Matrix. Lilly Wachowski stated that "The Matrix stuff was all about the desire for transformation but it was all coming from a closeted point of view […] We had the character of Switch - who was a character who would be a man in the real world and then a woman in the Matrix."

Sometimes queer coding is not conveyed in appearance, or as an over-arching metaphor, but through behaviour. One example of this is 1987’s Withnail & I, directed and written by Bruce Robinson and based on his own life. Robinson seemingly unknowingly created one of the most heart-breaking gay romances ever to grace the silver screen with Withnail & I, despite the more intentional homophobia that also features in it.

There is an undeniable air of homosexual tenderness and homoerotic tension between its leads, played by Paul McGann and Richard E Grant, and the queer community has long been drawn to the film and found meaning in it. The physical closeness between Withnail and the titular ‘I’, their being read as queer by other characters, and Grant’s delivery of the final line “Man delights not me. No, nor woman neither… nor woman neither” have all been read as indications of their unexpressed sexuality.

Where sensitivity is thought to bely queerness in Withnail & I, some depictions of hyper-masculinity (which is seen as opposing sensitivity) in film are also thought of as representative of queerness. This is often the case in action films, with the glorification and adoration of male physique constantly teetering into homoeroticism. One more knowing and subtle example of this is Point Break (1991). Director Katheryn Bigelow toes the line between genuine and parody in her depictions of action film masculinity, acknowledging the inherent homosexuality of the genre and portraying the sensuality of Bodhi and Johnny’s relationship (which is excellently analysed by Broey Deschanel).

However, sometimes queer coding is far more ambiguous and cannot be pinned to behaviour, appearance, or metaphor. One example would be Whip It (2009), which is beloved by wlw (women loving women) everywhere. Whip It is an important part of queer culture despite not seeming obviously queer at a first glance. Not only does it feature queer icons such as Elliot Page, Alia Shawkat, and Drew Barrymore (it was also directed by Barrymore), but it also features the most wlw of sports: roller derby. It also prioritises the bond between women, with the male characters in the film largely falling at the wayside as its female characters realise that strength and joy can be found in each other. As queer coding is essentially based on intuition and ambiguity, films like Whip It can be seen as queer coded for reasons as seemingly arbitrary as what sport its characters play.

Although this ambiguity has been used by the queer community to convey and infer meaning from the media we love, it is now also used against us. The term ‘queer baiting’ has come into use after films and TV shows that are not inhibited by censors have inferred that characters are queer without ever delivering. The tactic is usually used to attract a queer audience and garner their support whilst they are under the false impression that they will be given representation. It is most often used in TV shows which string out queer audiences over several seasons with the promise of queer representation with no intention of ever fulfilling that promise.

Its essentially a marketing ploy that gives the film and TV industry the loophole of attracting queer audiences whilst simultaneously never having to support ‘the queers’ enough to put off their straight audience. In this day and age, when queer characters do regularly appear in media, there is essentially nothing stopping queer representation, but as GLAAD's entertainment research and analysis manager Raina Deerwater says, "It comes back to capitalism—we want the money of the queer consumers, but we will not represent them". This practice has harmful repercussions – it essentially implies that there is still something shameful or wrong about queer identities.

Although queer coded media from the past can remain beloved and important to queer audiences; in this day and age when we no longer have Hays Code prohibitions of “sexual perversion” to adhere to, there is no good excuse for not allowing us sex perverts free and unadulteratedly roam across TV screens everywhere, and coy ambiguity on the matter from queerbaiting capitalists is essentially no different from a out-and-proud homophobe’s slap in the face. 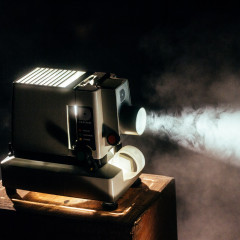 Queer coding: a fine art and a load of old fart

Once used as a secret code by closeted filmmakers to elude censorship, queer coding has a long and complex history that has both benefitted and harmed the queer community.