Short horror film Riparian from Jayesh M. Mehta has promise, but unfortunately falls a little short due to its short length.

There are high production values to the piece – the visual effects are effective and subtle, as is the sound design. Horror and unease are conveyed well, without falling into melodrama or too much cliché. The film is also visually appealing to me personally, with an uneasy green tinge and high contrast that was a staple in films such as the Saw franchise or Constantine – which I feel has been sadly missing from the horror genre in recent years.

However, the film overall feels somewhat unfinished, and I feel would have benefitted from a few minutes more to expand upon the plot. Riparian falls into the body horror genre, which I feel is most effective when used to represent fear of how our bodies change, be that by disease, pregnancy, surgery, etc. Although meaning could possibly be inferred from the film, there is a lack of context clues as to what we should be afraid of, due to the short amount of time that is spent actually focusing on the fate of the protagonist. We leave her before we truly see the extent of the horror she could be facing.

Despite this, Riparian offers an intriguing start to what could be a longer film, and seems to have been made with care and consideration. 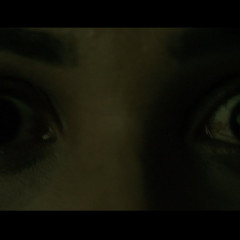