The ban on animal testing for ingredients used in cosmetics, which came into law in 1998, could now be reversed.

Animal welfare charity Cruelty Free International (CFI) has been told by the Home Office that the government has “reconsidered its policy” on animal testing in the cosmetic industry.

In a letter, the government said it was aligning itself with a decision made last year by the appeals board of the European Chemicals Agency (ECHA), which said that some ingredients used only in cosmetics needed to be tested on animals to ensure they were safe.

The Home Office insisted that UK law on animal testing had not changed, but campaigners warned that accepting the ECHA’s ruling could lead to a much wider use of animal testing.

In response, a government spokesperson said there had been no change in legislation and that the ban on using animals for the testing of finished cosmetic products remained in force. “Under UK regulations to protect the environment and the safety of workers, animal testing can be permitted, where required by UK regulators, on single or multiuse ingredients. However, such testing can only be conducted where there are no non-animal alternatives,” they said.

CFI’s director of science and regulatory affairs, Dr Katy Taylor, said: “This decision blows a hole in the UK’s longstanding leadership of no animal testing for cosmetics and makes a mockery of the country’s quest to be at the cutting edge of research and innovation, relying once again on cruel and unjustifiable tests that date back over half a century.”

In 1998, the then Labour government used its own legislation as an example as it sought to get the practice of animal testing on cosmetics banned across the EU. The EU testing ban on finished cosmetic products was introduced in 2004, and the ban on such testing of cosmetic ingredients in 2009.

A 2020 survey from UK charity Frame (Fund for the Replacement of Animals in Medical Experiments) found that 84% of respondents would not buy a cosmetics product if they knew it, or one of its ingredients, had been tested on animals. 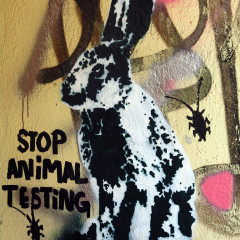 The ban on animal testing for ingredients used in cosmetics, which came into law in 1998, could now be reversed.