Quietness is just as valuable as loudness for the feminist cause.

No matter what setting I'm in, whether social, academic or professional, I've often been labelled as 'the quiet one'. This has never been said in a directly insulting way, though this label is loaded with pressure to speak up more, contribute more, and participate more. Being quiet is part of having an introverted personality, of course, but it also plays into gender in the world we live in.

A personal example of when my quietness was explicitly linked to my gender as a woman was during my time as an undergrad at university. During one of my seminars which happened to be an all-female group, the male tutor declared that he didn't like having all-female student groups as they were 'too quiet'. He then spent the rest of the hour prodding us to explain why we were quiet, without once considering that maybe we didn't have much to say in his seminar. This was because he wasn't good at creating a safe environment that was conducive to discussions (which is the bare minimum for any teacher).

Of course, the old-fashioned societal expectation is that women should be quiet, not take up space, know their place. It's for this reason that louder, more extroverted women are also criticised in their rightful rebellion against this patriarchal pressure. The common labels for such women are 'emotional', 'pushy' and 'aggressive'. Yet, in feminist spaces, quiet women are also criticised by their louder counterparts. We're seen as hindering feminist progress by not being loud or bold enough because how can quietness be useful for activism?

My view is that quietness is a useful tool in any space. I'm highly adept at observing, listening and considering, and it doesn't mean I'm dumb, awkward, or can't be bothered to participate. I'm quiet until I don't want to be, on my terms, not anyone else's. Feminism is all about a woman's right to choose, including the choice of silence. So for all the other quiet women out there, I support you – even if I can't hear you. 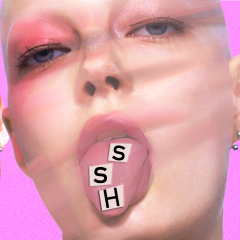 Quietness is just as valuable as loudness for the feminist cause.