Several of the biggest theatres in the UK have committed to only casting trans, non-binary or gender non-conforming actors in roles that portray those identities.

Theatres across the UK have signed a trans casting statement that promises to “never cast, or endorse a production that casts, a cisgender person in a trans, nonbinary or gender-non-confirming role.” It also acknowledges that black trans, nonbinary and gender-non-conforming people face the toughest barriers due to anti-Black racism” and that they will “challenge these issues through their casting”.

The statement was triggered by a controversy in 2020 when a cisgendered actor was cast as a trans character in Breakfast on Pluto in the West End. That decision led to Kate O’Donnell – a trans actor who was cast in the production – pulling out of the show. Afterwards, queer-led theatres Milk Presents, Outbox and LGBTQ+ artists’ agency The Queer House began work on the trans casting statement.

The theatres that have supported the statement include The Royal Court, Oxford Playhouse, Birmingham Rep and the Royal Exchange in Manchester.

Earlier this year, a report commissioned by the Royal Central School of Speech and Drama, which looked into trans casting, found that commercial or mainstream theatres “very rarely commission trans-led work and that trans roles are limited” and the majority of trans-led productions were currently on at fringe venues or on tours.

Trans actor, writer and performance artist Mika Onyx Johnson said the statement could help to open doors for trans actors, as “Visibility on screen and stage is all linked to how people are treated in real life, in the street. I think the statement will lead to more people being able to get in the room, and ultimately get more work.”

Header Image Credit: Photo by Library of Congress on Unsplash 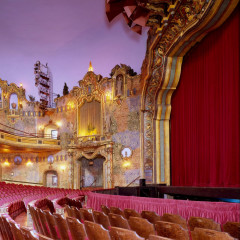 Several of the biggest theatres in the UK have committed to only casting trans, non-binary or gender non-conforming actors in roles that portray those identities.