The charity Project Northmoor aimed to ‘create the first literary centre in the world dedicated to Tolkein’ at the author’s Oxford home, but fell short on donations and support.

Known for his works The Hobbit and The Lord of the Rings Trilogy, J. R. R. Tolkein lived at 20 Northmoor Road from 1930 to 1947. Project Northmoor established a campaign to turn the author’s Grade II listed house into a literary centre dedicated to his works.

Relying on public donations, the project did manage to garner support from actors Ian McKellan and Martin Freeman, who respectively portrayed Gandalf the Wizard and Bilbo Baggins in highly successful film adaptations of Tolkein’s novels. However, only £1.02 million was raised of the campaign’s £6 million target.

The objectives of Project Northmoor were “to preserve 20 Northmoor Road, Oxford as the former home of JRR Tolkien and where The Hobbit and The Lord of the Rings were written; to advance the public knowledge and appreciation of the life, faith and works of JRR Tolkien; [and] to advance education in the arts and crafts including the arts of literature and language”. The entire operation is staffed by volunteers.

Significantly, they did not receive support from the Tolkein Society, which is the leading charity representing the author who is still its posthumous President. Late last year the Tolkein Society raised concerns over Project Northmoor’s plans, observing that no Tolkien experts were serving as directors, that the building would not be open to the public, and that the plan they had seen included spiritual retreats.

This lack of support and funding in particular seems at odds with Tolkein’s £500 million estate and the $6 billion made globally by the Lord of the Rings and The Hobbit film trilogies. On top of this, Amazon is currently producing a highly anticipated Lord of the Rings TV adaptation, showing that the demand for these stories remains high.

Tolkein’s strong fanbase need not be disappointed at Northmoor Project’s defeat however, as this week the charity announced that they are setting up “a literary centre elsewhere in Oxford” and “You will still be able to visit Tolkien's city and the places that inspired his writing once the world starts travelling again. The first online course begins on April 20th so the work of the centre is already underway.” 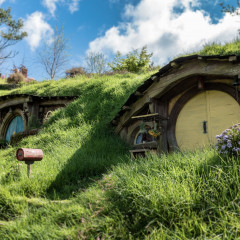 The charity Project Northmoor aimed to ‘create the first literary centre in the world dedicated to Tolkein’ at the author’s Oxford home, but fell short on donations and support.