Danny Cohen has announced that he is standing down from his role as Director of Television for the BBC after eight years of working with the corporation.

In July this year Cohen was involved in controversy after reportedly asking celebrities to 'lobby' the Prime Minister over plans for the BBC. A letter in support of the corporation was signed by a number of celebrities, including Daniel Craig and Dame Judi Dench, and was given to David Cameron. The campaign was criticised for breaking BBC rules on lobbying and sparked calls for an inquiry.

He was also the executive who took the phone call from Jeremy Clarkson, concerning the 'fracas' with a producer that ended the Top Gear presenter's career with the BBC.

After moving from Channel 4 to the BBC in 2007, Cohen initially worked for BBC Three and was responsible for shows such as Russell Howard's Good News and Being Human.

He then became the youngest person to be appointed Controller of BBC One, for which he also commissioned hit shows Call the Midwife, The Voice and Poldark.

It is expected that Cohen will step down in November with his deputy, Mark Linsey tipped as a favourite to take on the role permanently.

Though Cohen has not confirmed his post-BBC plans it is believed that he has received offers from companies in both the UK and the US.

Despite Cohen himself acknowledging the difficulty of competing with US streaming services, the BBC has enjoyed a number of successes. BBC One achieved a record breaking year in 2012 while Cohen was BBC One Controller and in 2014 the BBC achieved the title of most successful network of channels, while he was Director of Television. Cohen has also pushed for greater diversity in the corporation and for reaching audiences of 13 million with the most recent series of the Great British Bake Off, with the record breaking final being the most watched show of the year. 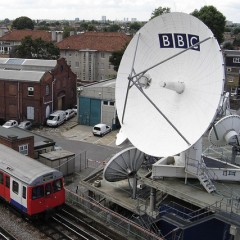 Danny Cohen has announced that he is standing down from his role as Director of Television for the BBC after eight years of working with the corporation.