What a week! We've seen elections for a new opposition leader, an immediate backlash from the establishment, and proclamations of risks to national security. The Rugby World Cup has begun, Apple has released iOS 9, and many of you have started University, enjoying all the freebies that are inevitably thrown your way. Understandably, while letting out your inner socialite, you may have missed some of the bigger news events this week. Well worry not, for we have gathered it all up for you! Now when in your Student Union this weekend, engaging in loquacious behaviour, you can show off your knowledge of current affairs by reading through our list of the biggest arts and culture events of this week! Happy reading, stay safe, and enjoy your weekends!

In short, he offers us more promise than we've seen for sixty years. This week, Jeremy Corbyn won the leadership of the Labour Party which would see him become the next Prime Minister if Labour were to win the next General Election. He won with 59.5% of the vote, the greatest Labour leader victory since 1992. Coming from a no-chancer to one of the most powerful men in the country, we looked at what his election would mean for our industry.

We have very fond memories of watching the Jungle Book as children, so imagine our surprise when we discovered that the animated Disney film was released in 1967! It still holds up well in our opinion, with a fantastic soundtrack that will live on long after us. We will now get the chance to relive that joy again, with the new live-action Jungle Book, featuring big-hitters like Idris Elba, Bill Murray, Scarlett Johansson and Christopher Walken. *Sings* the bare necessities of life….

'Happy birthday to you' may soon be in the public domain

Have you ever noticed that films and TV shows almost never feature 'Happy Birthday', instead opting for alternatives such as 'For s/he's a jolly good fellow'? It's because Warner/Chappell owns the rights to the song, and earns an estimated $2m a year through charging producers to use it. That may not be the case for much longer, as a group of artists are challenging the copyright claims in court, arguing that the song should be in public domain. If they win, prepare for an influx of birthday joy on screen, and one less way for people to monetise your special day.

The hit FOX show Sleepy Hollow was the inspiration for a virtual reality experience of the same name. Wearing Oculus Rift headsets, users were dropped into a graveyard, before being warned by lead character of the show, Ichabod Crane, of an impending danger. Users could look 360 degrees around the environment, before the headless horseman appears and swings his axe, decapitating the user. This experience, shown at Comic-Con, has won the Emmy for user experience and visual design. Although not a hotly anticipated Emmy, it does suggest that VR is becoming more mainstream. Sony and HTC are also working on VR headsets.

This Is England '90, the final instalment of the This is England legacy, premieres

TIE90 is the last part of the This Is England world created by writer-director, Shane Meadows with the now-legendary film back in 2005. The film launched the careers of the actors involved. We then saw them come back to create the subsequent TV series set in 1986, 1988, and now 1990 while their stardoms soared. The series have received wide acclaim for their portrayal of working-class England in the 80s and brought comparisons of the dire straits we experienced between then and now.

Ahmed Mohamed, 14, arrested for bringing a clock suspected of being a bomb into school

The schoolboy and keen engineer made the clock at home and wanted to bring his creation into school to show his teachers. Said teacher felt threatened by the clock and Ahmed was arrested on suspicion of carrying a bomb. He received an outpouring of support on Twitter with #IStandWithAhmed from prominent figures ranging from TV actors to President Obama himself inviting Ahmed to dinner at the White House. The arrest was heavily criticised and was the latest event to demonstrate the state of fear in America.

In a move that totally isn't about reducing journalists reliance on Twitter, Facebook has announced a new tool to make life easier for those that gather news - Signal. Signal is a free curation tool for Facebook and Instagram (owned by Facebook), and will allow journalists to see quickly what is trending around the world, and embed content and data into their posts. It is completely free to use, and has API's available to integrate into your own website.

We previously reported that the BBC were releasing a new mini PC, and giving one to every year 7 in the UK to help inspire the next generation of digital natives. That plan has been delayed, as this week the BBC said that an issue with the power supply has caused the release of the microcomputers to be pushed back until early next year.

Elton John was reported to be elated this week, after receiving a phone call from whom he believed to be Russian President, Vladimir Putin. The singer had this week asked the Russian to call him to discuss the increasing homophobic attitude, precipitated by the introduction of laws that discriminate against the gay community. The call he received however, was from Vladimir Krasnov and Alexei Stolyarov, hosts to a Russian state-owned TV show. Elton John is undeterred, however, and insists he would still love to speak to the Judo-practicing President. 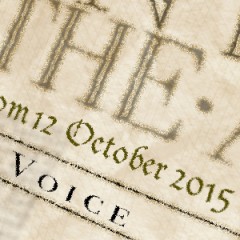