For most of his long tenure as a podcast host, Rogan had been relatively harmless, but his recent outbursts and misinformation surrounding the pandemic and vaccines, as well as his pandering to right-wing ideologies has caused a stir with both scientists and the public alike. In a recent open letter to Spotify, a group of 270 scientists have come together to call out Rogan’s dangerous viewpoints, and have called for Spotify to take action.

YouTube has already taken down a video from one of Rogan’s channels, a clip of a conversation he had with Robert Malone MD, a scientist who worked on the mRNA vaccine (he claims he ‘invented’ it), and right-wing theorist. Malone stated that he believed that the public have been “hypnotised” by societal leaders into conforming.

The open letter asks Spotify to “establish a clear and public policy to moderate misinformation on its platform,” saying that Rogan now has a “concerning history of broadcasting misinformation, particularly regarding the Covid-19 pandemic”. Rolling Stone quoted Katrine Wallace, an epidemiologist from Illinois, who said that the comedian is now “a menace to public health” due to his rampant misinformation.

The Malone interview in question, titled JRE #1757, was released in December, and has seen widespread criticism for promoting conspiracy theories. The letter sent by scientists read: “Dr Malone used the JRE platform to promote numerous baseless claims, including several falsehoods about Covid-19 vaccines and an unfounded theory that societal leaders have ‘hypnotized’ the public. Many of these statements have already been discredited.”

Malone spouted multiple points of misinformation during the interview. He said that hospitals get payment from diagnosing deaths falsely as a cause of Covid-19, and that “mass formation psychosis” is why the public have belief in the vaccine’s efficacy.

Rogan has invited numerous questionable guests since the pandemic, including radical right-wing theorists Tim Pool and Alex Jones, who appeared on four occasions, despite having his online YouTube show InfoWars silenced by YouTube for misinformation. Malone himself was removed from Twitter for violating their misinformation policies.

The letter describes Malone as “one of two recent JRE guests who has compared pandemic policies to the Holocaust. These actions are not only objectionable and offensive, but also medically and culturally dangerous.” It concluded by saying: “This is not only a scientific or medical concern; it is a sociological issue of devastating proportions and Spotify is responsible for allowing this activity to thrive on its platform.”

This is by no means the first time that Rogan has courted controversy. in April 2021, he said: I think for the most part it's safe to get vaccinated. I do. I do. But if you're like 21 years old, and you say to me, should I get vaccinated? I'll go no.” This statement was then commented on by Dr. Anthony Fauci, who reminded the public that if not vaccinated, the virus would indeed end up spreading further, and killing more.

Rogan also promoted the misinformation about treating Covid with ivermectin last year, claiming he took it in lieu of a vaccine and felt great afterwards. Despite the National Institute of Health’s Covid-19 Guidelines clearly stating that the drug didn’t have sufficient evidence of its efficacy, Rogan has remained a staunch advocate. He has also claimed that President Joe Biden faked his booster vaccination.

Spotify is yet to make a statement on their position regarding Joe Rogan’s recent antics, and it is unlikely that they will do anything at all, given that they spent $100 million on his contract so they could move him and his fanbase over to their platform. But with YouTube putting their foot down, the open letter from scientists and general vitriol throughout the media, it would be damaging for them to ignore the issue.

Rogan has a huge influence on males in their 20s, with his podcasts tripling the viewership of US-wide news corporations. The demographic is known to be the least compliant when it comes to pandemic measures and vaccinations, and Rogan’s constant misinformation is increasingly dangerous on a global scale.

As an entertainment source, his podcast is fine, but now the host blurs lines between fabrication and reality, inviting guests that proliferate misinformation and risk confusing a listener as to what is factual and what is satire. 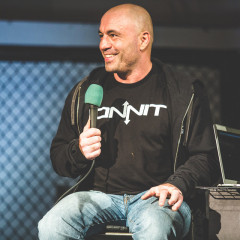