The Pulitzer prize winning journalist has been accused by musicians of exploiting and misleading artists for his own financial gain.

In a video posted on social media last week, music producer Benn Jordan accused Pulitzer prize winning journalist Ian Urbina of exploiting musicians who took part in the writer’s ‘Outlaw Oceans’ music project, which looks at lawlessness out at sea. The former New York Times reporter allegedly misled artists into creating music for the project, in which 462 musicians and producers were asked to use field recordings that Urbina had gotten at sea within their tracks, amounting to over 2,000 individual tracks being created, according to Jordan’s video. The samples included spoken passages from Urbina’s articles, machine gun sounds from Somalia, and the chanting of captive Cambodian deckhands.

Outlaw Oceans was launched in 2020, first as a journalism series and eventually as a book. The aim of the music project was “to disseminate the journalism through non-news-media channels such as music platforms, ideally to reach a younger and more global audience", and Urbina hoped to "fund more reporting using streaming revenue derived from the music.”

A post from Urbina on 5 December addressed the accusations, accusing Jordan’s video of ‘mass trolling’ and said the project was "far from being a scam, (Outlaw Oceans Music Project) is something of real beauty and innovation, albeit costly for us to run”.

Urbina admitted that both he and his media label company, Synesthesia had failed to "communicate with [artists] fully, ensure they get royalty statements and paid on time, answer their questions quickly,” adding “I apologize unequivocally." The apology was posted on 7 December, via Synesthesia’s Twitter account.

The journalist also rejected the recent accusations of exploitation. A statement made by his media label titled ‘Collection Of Artist Royalties’ mentioned that they had received “up to $29,000” worth of royalties from the music up to June 2021, and that all money accrued went straight back into funding the project. Urbina also said: "I've never made a cent from the music nor would I as that's not the project's purpose.”

The 20 minute long accusation video posted by Benn Jordan highlighted the artist’s criticism of the project’s business model. He said that Urbina offsetted the lack of payment by offering up promotional exposure with companies like Spotify, Netflix, and the US publishing house, Knopf. Jordan stated that no promotional offers actually came to fruition.

In the video, Jordan says that Urbina reached out to prospective artists through his New York Times email, even though he hadn’t worked for the publication since 2019. Brian Foote, a manager of many of the artists involved in the project, confirmed that he was indeed contacted via Urbina’s old email address. Urbina has told Pitchfork that he used this email address both out of habit, and because his email would be less likely to go into the spam boxes of musicians and their management.

The producer also criticised Synesthesia, mentioning that Urbina said he would distribute 50 per cent of the revenue gained to the artists, and that Urbina would be credited as a creator, despite not being involved in the production of the music itself. Urbina currently has 683,000 listeners on Spotify due to the Outlaw Oceans collaborations. Jordan said: "Your innovative music-meets-journalism vision worked out quite well—but only for you.”

Other musicians have now posted about the project after being informed by Jordan, contributing musician Benoît Pioulard said that Jordan “did a very solid job of laying out a map that seemingly only Mr. Urbina and his Synesthesia label could see in full, while obscuring or flat-out omitting quite a few notable details in their pitch to artists.” He added that he too was skeptical of Urbina, adding: “Mr. Urbina was extremely cordial and congenial in his initial emails with me (i.e. ‘I’m a huge fan’ etc.), but very conspicuously and immediately blocked me on Instagram the moment I tagged him in a story and requested a response to the allegations this past Friday.”

Statements made by Urbina and Synesthesia have since confirmed that the artists involved now have the option to receive their royalties in full, have the music removed from streaming or returned to them. Synesthesia wrote: “With regards to past royalties and statements, however, Synesthesia is unfortunately powerless right now—and this is why lawyers are involved—to provide any information because Synesthesia doesn't have it, we genuinely apologize for this predicament."

Many participating artists have now asked to have their songs removed from streaming services, Pioulard said: “I don’t buy any of what they’re selling at this point—I’ve requested they fully remove my songs, return full rights to me, and cancel my contract.” Musicians such as Teen Daze and Brian Trifon have also asked to no longer be a part of the project.

How A NYTimes Reporter Collects Royalties From Hundreds of Musicians 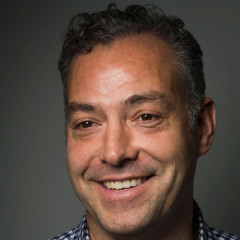 The Pulitzer prize winning journalist has been accused by musicians of exploiting and misleading artists for his own financial gain.