The rapper was nominated for two Grammys, but a representative for the Recording Academy has confirmed he has decided to withdraw his nominations.

A decision has been made by both Drake and his management to withdraw from the Grammys in 2022. The Canadian rapper, arguably one of the largest artists in the world, was nominated for two awards at this year’s ceremony. The Grammys have honoured the musician's request, but it is currently unclear as to why Drake decided to withdraw.

Drake was initially nominated alongside four other musicians for Best Rap Album, for his album ‘Certified Lover Boy’. He was also nominated for Best Rap Performance, regarding his track ‘Way 2 Sexy’, which featured fellow rappers Young Thug and Future.

After the announcement of Drake’s departure, the number of musicians featured in the categories that he was nominated for was reduced from five to four artists, rather than replacing Drake with the next most voted performer. The reasoning for this move is most likely due to voting being opened already, as ballots were posted to voting members on Monday.

Nominations for Grammys need to be submitted by a representative of the artist, usually their record label, and if an artist doesn’t want to be considered for the awards then the label will usually not submit it. It is unprecedented for an artist to back out of the ceremony at such a late stage, especially given that he was likely involved in the decision to submit it in the first place.

Some have speculated that his withdrawal is down to the lawsuits surrounding him thanks to the Astroworld tragedy in Houston last month, where 10 people died due to a crowd-crush at Travis Scott’s headlining performance. However, that seems unlikely, as Drake is expected to be performing alongside Kanye West on Thursday for the ‘Free Larry Hoover’ benefit concert in Los Angeles.

A year ago, Drake stated that he felt the Grammys should be replaced with “something new that we can build up over time and pass on to the generations to come,” after The Weeknd wasn’t recognised in 2021, despite ‘Blinding Lights’ being the biggest single of 2020.

“I think we should stop allowing ourselves to be shocked every year by the disconnect between impactful music and these awards and just accept that what once was the highest form of recognition may no longer matter to the artist that exist now and the ones that come after,” Drake posted on an Instagram story at the time. He continued to say: “It’s like a relative you keep expecting to fix up but they just won’t change their ways. The other day I said @theweeknd was a lock for either album or song of the year along with countless other reasonable assumptions and it just never goes that way. This is a great time for somebody to start something new that we can build up overtime and pass on to the generations to come.”

He declined to submit his 2017 album ‘More Life’ for any Grammy categories in 2018, despite being qualified. The Grammys that year were also criticised for not awarding anything to legendary rapper Jay-Z, who was nominated for eight categories. In 2019, after winning a Best Rap Song Grammy for his single ‘God’s Plan’, Drake criticised the awards during his acceptance speech. His microphone was cut off when he claimed the award held no value to him. He said: “We play an opinion-based sport, not a factual-based sport...You’ve already won if you have people singing your songs word for word, if they’re singing in your hometown. You’re already winning, you don’t need this right here.”

The organisation has been accused of self-interest and insider dealing for years. Just weeks after the 2021 awards show, the Academy announced that it would no longer use its “secret” nomination-review committees that have curated the nominee lists for decades. Despite attempts to clean up the awards, some have also speculated that the recent expansion of the Academy’s four biggest prizes (Best Album, Song, Record and New Artist) from eight to 10 was to secure a nomination for Taylor Swift in 2022, as she originally had none. 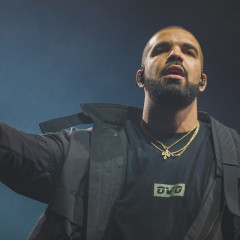 Drake has withdrawn his 2022 Grammy nominations

The rapper was nominated for two Grammys, but a representative for the Recording Academy has confirmed he has decided to withdraw his nominations.