Eight out of the 10 nominations for music to watch next year were for female musicians.

BBC have announced their nominations for their Sound Of 2022, which gives insight into the new artists that may be dominating the charts next year. Artists who have been tipped for success in 2022 include the indie band Wet Leg, garage revivalist PinkPantheress, fledgling pop star Baby Queen and the vocalist for this year’s John Lewis Christmas advertisement, Lola Young.

It is the 20th year of BBC’s Sound Of. Over its tenure, the awards have predicted some of the UK’s leading musicians, such as Adele, Stormzy, George Ezra and Haim. 133 music industry experts pick the nominations, including well known, established musicians such as Elton John, Charli XCX and Ed Sheeran. Former musicians who had been nominated over previous years, such as Billie Eilish, Foals and Jorja Smith, also helped to pick the most exciting new musicians. The eventual winner will be announced in January on BBC News and BBC Radio 1.

There are ten acts chosen for the Sound Of 2022:

TikTok’s increasing influence on popular culture is reflected through this year’s nominations. ENNY went viral this year on the social media app thanks to their ‘Peng Black Girls’ hit. Mimi Webb’s debut single ‘Before I go’ also went viral after it featured in a video from one of the most influential TikTok creators, Charli D’Amelio – the video garnered 85 million views.

PinkPantheress uses TikTok to gauge the response to new tracks from her community, so she can then decide whether to release the new music she creates. Her tracks are always very short, and never usually run for longer than around two minutes, which is perfect for TIk Tok, as it caters to the short runtime of the videos. PinkPantheress’ music has been dubbed ‘new nostalgic’ by the artist herself, effortlessly combining elements and samples from genres like K-Pop, 2-Step, garage and alternative rock.

Priya Ragu is a Swiss-Tamil artist, who has called her music ‘Raguwavy’, blending soul, R&B and Sri Lankan sounds for her unique songs. Vogue described the artist as “a window into the future of pop”. 35 year-old Ragu told NME: "I had my doubts in the past as I thought that my music was too eclectic, but now I can see that the world is willing to accept and embrace what I'm doing - and it's the most beautiful feeling."

Central Cee from West London redefines the sound of drill, adding more melodic elements that have seen him grow exponentially in popularity this past year. He recently won Best Newcomer at this year’s MOBO Awards. His song ‘Obsessed With You’ was his second UK Top 10 track, and is built around a sample taken from PinkPantheress’ hit ‘Just For Me’.

Post-punk band Yard Act only formed just prior to the pandemic, and have been gaining traction due to their boisterous live performances and politically charged, deadpan lyricism. Fellow band Wet Leg are just as quirky, after releasing only four tracks, the duo are on track to storm into 2022 if their cheeky stand out singles ‘Chaise Longue’ and ‘Wet Dream’ are anything to go by.

24 year old Baby Queen is known for her honest, post-millennial themes. Originally from South Africa, her tracks ‘Raw Thoughts’ and ‘Buzzkill’ have been particularly well received by the public. R&B vocalist Tems taught herself music production through YouTube, and has since released songs alongside huge artists like Drake, Wizkid and Justin Bieber. Her second EP, ‘If Orange Was a Place’ was critically lauded. Lola Young gained her popularity in a more conventional way, studying music at the Brit School and eventually managing to land a feature on the most recent John Lewis advert.

The BBC Sound of 2022 prize is open to newer artists who are yet to release a top five album or more than two top 10 singles by 31 October 2021. Last year, rapper Pa Salieu won the award, and has since produced hits with songs like ‘Glidin’ ‘Bad’ and ‘Energy’. Successful artists such as Greentea Peng and Berwyn were also nominated for 2021. 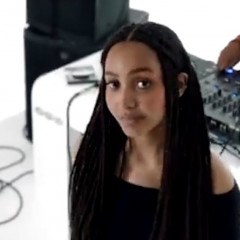 Eight out of the 10 nominations for music to watch next year were for female musicians.