Drill musician Central Cee and Nigerian Pop star Wizkid also won two awards each, as the event returns as a live ceremony after four years away.

The top prizes at this year’s MOBO Awards were won by musicians Ghetts, Little Simz and Dave this past weekend, at the MOBO Awards’ first live event since 2017, held at the Coventry Building Society Arena. The awards show highlights the best in Black music from those in the UK as well as internationally.

Veteran Grime musician Ghetts won a long-awaited MOBO for the best male act category. The artist has been releasing music for over 15 years, but his most recent record, ‘Conflict Of Interest’ has been dubbed as one of the year’s best rap albums. Despite the great reception of his newest record, Ghetts lost out in the best album category to fellow grime artist Dave, whose second album, ‘We’re All Alone In This Together’ was awarded the accolade. Little Simz walked away with the award for best female act, which was also her first win.

Upcoming drill rapper Central Cee won two awards, one for best newcomer and another for the inaugural best drill act. He has had two of the biggest songs from the past year with ‘Obsessed With You’ and ‘Commitment Issues’ both breaching the Top 10 in the UK. Another drill single, in the form of Tion Wayne and M1llions’ track ‘Body’, won best song of the year, after being the first ever drill track to reach number 1 in the charts. M1llions also won the award for video of the year, for the accompanying video to the track ‘Lagga’, directed by Teeeezy C. Nigerian pop artist Wizkid also won two awards, for best African act and best international act.

There were no awards in 2018 and 2019, and the event for 2020 was held virtually due to the pandemic. This year’s MOBO awards were hosted by Munya Chawawa and Leigh-Anne Pinnock, the event also saw performances from musicians like Pa Salieu, Ghetts, Stefflon Don, Ms Banks, Bree Runway, Potter Payper, Tems, NSG and ENNY.

The entire list of 2021’s MOBO award winners can be seen below: 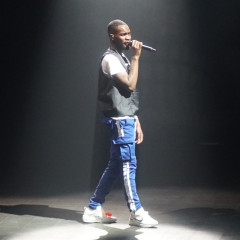 Drill musician Central Cee and Nigerian Pop star Wizkid also won two awards each, as the event returns as a live ceremony after four years away.