The singer said that albums should be listened to as they were intended by artists, and highlights the importance of track listing.

Spotify has removed the shuffle tracks button for album pages on Spotify, after comments were made by Adele following her recent record release, claiming that the order of a track list is the artist trying to tell a story with their music.

Adele’s newest release, ‘30’ sparked the change, the singer tweeted: “We don’t create albums with so much care and thought into our track listing for no reason. Our art tells a story and our stories should be listened to as we intended. Thank you Spotify for listening.” A spokesperson for Spotify replied to the tweet, saying, “anything for you.” The shuffle button has not been completely removed from Spotify, and is still available to users who click to view individual tracks from an LP.

Spotify’s head of music communications, Chris Macowski, confirmed the new feature to The Verge, saying, “As Adele mentioned, we are excited to share that we have begun rolling out a new Premium feature that has been long requested by both users and artists to make play the default button on all albums, for those users still wishing to shuffle an album, they can go to the Now Playing View and select the shuffle toggle. As always, we will continue to iterate our products and features to create the best experiences for both artists and their fans.”

Adele’s ‘30’ is her first new record in six years, but is already breaking streaming records; every single track on the LP can be found in Spotify’s global top 50, and she recently knocked BTS off of the top spot for most listened to track in one day thanks to her single ‘Easy On Me’, which was released on 15 October.

The album accrued 60.7 million streams on the first day of it’s release, making it one of the most streamed albums on release of all time. The record was set a week earlier by Taylor Swift.

In 2019, album sales declined by 17% year-on-year. The idea of listening to an album from front to back is one that seems to have died off as of late, with music streaming services becoming more and more prominent. Many people listen to music through either user curated playlists or the playlists that the services algorithmically produce.

Streaming services such as Spotify, Deezer, and Tidal have a large role in dictating the music that users listen to, oftentimes curating playlists of multiple artists for a desired genre. These services play a part in influencing our listening habits heavily, and many think that they have too much power over their users and musicians when it comes to distributing music and directing listeners to new listening.

Removing shuffle is a smart move for Spotify, and helps to soften preconceptions of the company. The decision is a surprisingly artist-friendly one, given that the company is known to be overly corporate, and is facing allegations of unfair artist compensation as well as ‘pay for play’ – a practice where labels can buy their way into popular playlists. Despite Spotify’s questionable current business practices, the move to hide shuffling on albums is a welcome one, even if they had to be persuaded by Adele. It could mark the start of a fairer and more artist-focused relationship from Spotify and other music streaming services, we hope, at least.

Header Image Credit: "DSC04984" by thekrisharris is licensed under CC BY 2.0 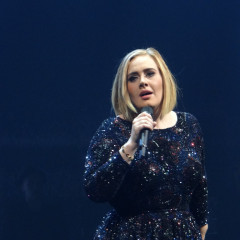 The singer said that albums should be listened to as they were intended by artists, and highlights the importance of track listing.