From Random Acts Midlands, Harrison Kelly with Future Curious' short film, Organum, explores our reliance on social media and screen culture. We pried into his @motivations and #thoughts.

I was selected after submitting a treatment to an open brief from Future CURIOUS, an agency for young artists based at mac theatre in Birmingham. I often enter competitions like that and can't stress enough how important they, and the institutions that support them, are because they provide a real opportunity for anyone to get a break.

It was essentially the result of a good collaboration – just a group of young people with similar opinions and anxieties, working together to meet a very loose brief. The initial concept I pitched was based on a short story I wrote, about a group of young people who attempt to start a new society on a social media website. I was discussing that idea with the two other producers, Tony Parkash and Shanikah Montay, an actress who actually appears at the end of the film and they were particularly interested in the themes of interaction and identity. Then Tony said this perfect statement about how social media was basically a theatre, and we realised we should frame our short as a self-consciously artificial performance.

It's either Night and Fog by Alain Resnais, The Gleaners and I by Agnès Varda or Sans Soleil by Chris Marker. I admire Resnais, Varda and Marker a lot. Watching their work, especially their nonfiction films, made me realise I had to work in this medium, and taught me how important it was to experiment with form and style in order to deal with complex or abstract subject matter.

Since [co-producing Organum in February], I've shot and cut a short film about a youth arts organisation in Birmingham with Duncan Poulton (a video appropriation artist who was also part of Future CURIOUS), I got my first shot working with professionals on a film set, was selected for a talent scheme which helps young people tap into the television industry, and did a brief researching gig at the BBC. I recently moved down to London for my current job at an independent production company who specialise in documentary, and am continuing to write, so I definitely feel as though I have more direction than I did this time last year.

It offers the chance to collaborate with like-minded, enthusiastic people; and the experience to oversee a project that has to come in on-time, under budget and to a high standard. Plus, it connects you with various institutions and networks that truly care about developing young talent. Producing a Random Acts short has had a massive impact on my approach to film, insofar as it gave me the confidence to believe directing and producing are realistic career options.

What do you think the future of social media holds?

Currently around 70% of video content on the internet is accounted for by Facebook and Google, which is disturbing because it suggests algorithms are fast becoming the main means of film distribution and consumption. This traps digital audiences in a bubble where they are constantly spoon-fed more of what the algorithm already knows they want.

As a person, this shift towards programmatic or socially-suited content is terrifying because it normalises intrusion from companies into our personal lives. With every click, we provide social media websites data about ourselves which they record, analyse and use to target us with content that this data suggests we are more likely to respond to. The most worrying consequence of this cycle, though, is people encounter less and less information that might challenge their own viewpoint, which inhibits their access to debate, experimentation and diversity of opinion. 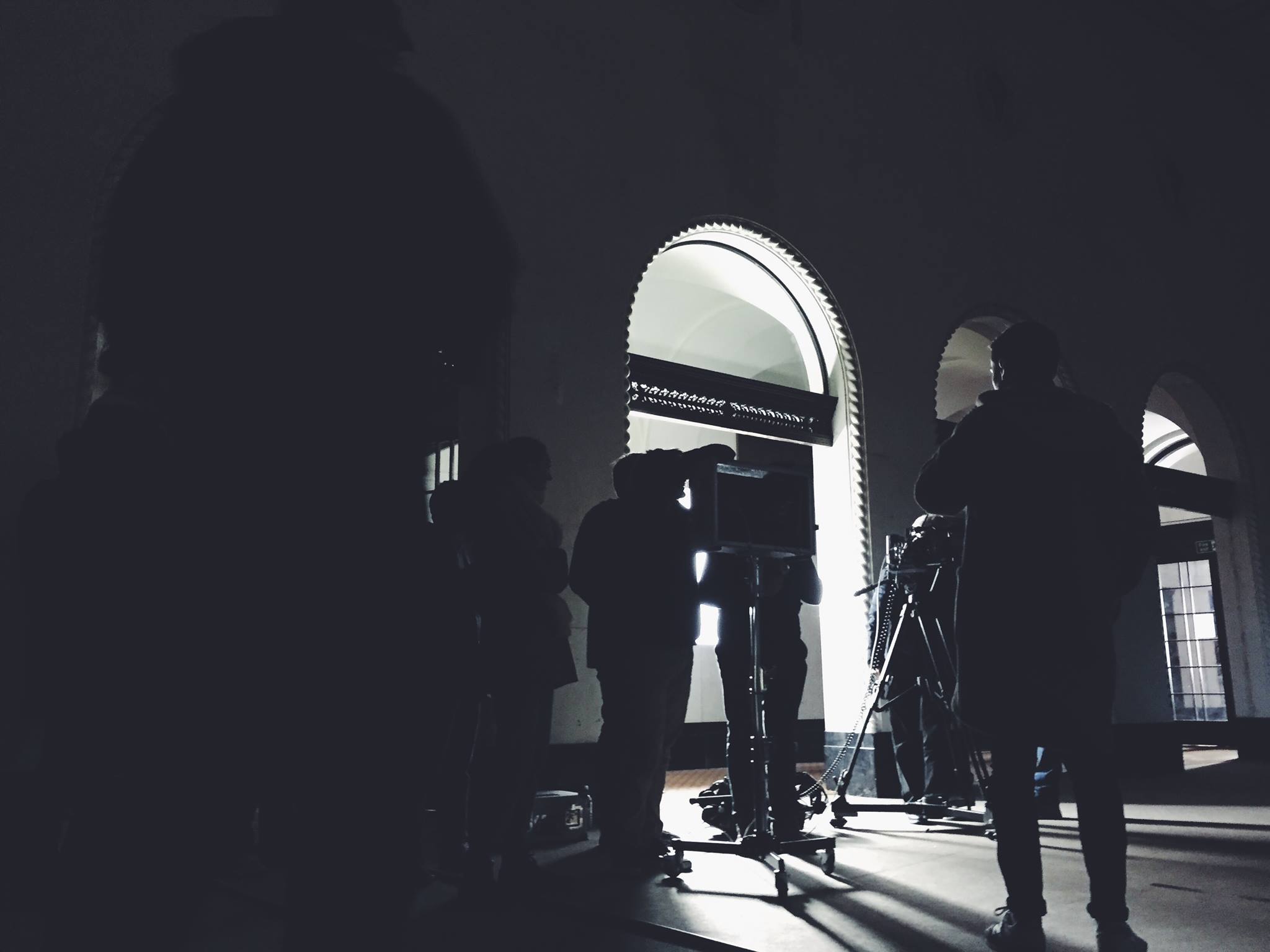 We had three days to research and develop the film and the budget gave us one day for shooting. Such tight deadlines meant everything had to be pretty precisely in place. Obviously arguing creative choices with people you've pretty much just met can be tricky, but no-one fell out, because we knew that our ideas were stronger for having the discussion. That said, in the first couple of days I must've written about ten scripts, some of which contained voiceovers and even dialogue, before we decided language might actually undercut the action, making it too didactic.

We also had to pitch to execs and associates from Maverick and Rural Media throughout the week to prove everything was on track. For this, we received solid support and mentorship from Scott Johnston (Film Ficciones), who has an encyclopaedic knowledge of experimental cinema, and was the perfect person to bounce ideas against.

It was rewarding and exhilarating to work with such an incredible team. From Maverick and Rural Media, to amazing contributors like choreographer Laura Vanhulle and composer Michael Valentine West, both of whom we reached out to through mac birmingham, who were perfect hosts in facilitating everything. Everybody involved was at the top of their game, so that the hardest part became trying to harmonise everything. 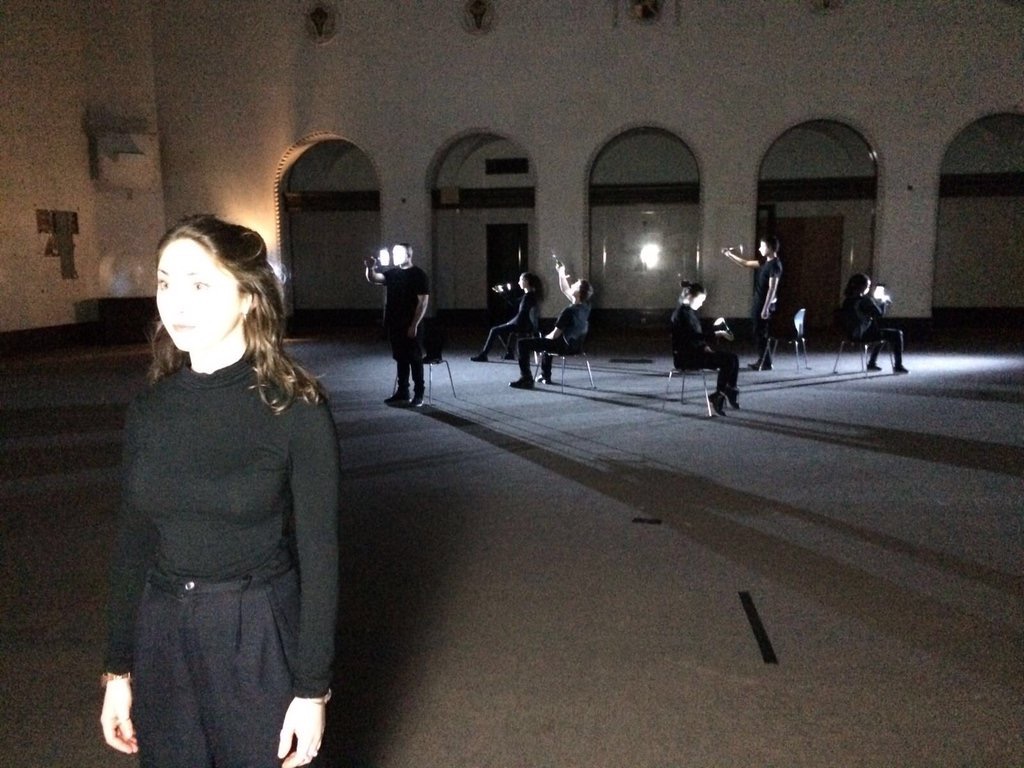 It's a tough question because on the one hand, you have all these angry, fired-up young people making incredible films about a diverse range of subjects and issues, which is amazing, and pluralistic, and promising for the future. Unfortunately, on the other hand, audiences are increasingly less likely to even be exposed to these films in the first place, which is now the big problem we need to address as content producers.

What's more, the two major gatekeepers in new media, Facebook and Google both use algorithms that guide users towards more of what they want, based on what they have watched previously, so it becomes increasingly impossible to confront mainstream audiences with anything that challenges the viewpoint they already have. So naturally this is limiting the reach of short-form filmmakers like ourselves who are trying to do something different or experimental. After all, you can't change the world if no-one's watching.

What effect (positive or negative) has social media had on your life?

Certainly social media has its uses. Say, if you're looking for a flat, or want to contact your friends to let them know you've dropped your phone down the toilet - then I suppose it's a handy means to spread a message quickly.

For us, making Organum, the main thing we all agreed on was the artificiality of everything. There's a fundamental disconnect that social media exacerbates between our perception, or expectations, of human relationships, and real lived experience. Social media also encourages certain unhealthy behaviours that have never been so indulged before – distrust, dislocation from context, voyeurism, unjustified rage, alienation, insecurity, loss of selfhood, obsession, addiction to scrolling through information on a newsfeed, etc - so we felt it was worth creating something that explores these things in polysemy. 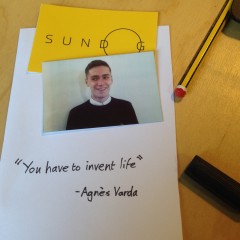 From Random Acts Midlands, Harrison Kelly with Future Curious' short film, Organum, explores our reliance on social media and screen culture. We pried into his @motivations and #thoughts.