Voice MagInterviewsWhere are they now?…

3D Animator Nathan Wilkes talks about films, superheroes, and how Arts Award helped him get to where he is today.

Can you tell us a little bit about what you do?

I'm a 3D Animator who has created a variety of projects working on feature films, short films, music videos .etc. I've been making animations since I was 12 and made a feature film when I was 14 which I also incorporated as part of my Arts Award. After that I took part in a course at the NFTS (National Film and Television School) in corporation with the BFI.

Too many things! I am currently working on a few projects that are at various stages. My main project, PARK, is an animation short film I'm working on with BAFTA-nominated producer Eva Sigurdardottir. We crowdfunded the short on IndieGoGo and raised just over £1300 which has really helped with the production. I'm also writing a new feature film which I can't talk much about but I can say it's got superheroes. Lots of cool superheroes. And then doing some work on other people's projects, some little animation bits here and there, including a very famous YouTuber (watch this space!)

You've done lots of amazing things, including working with the BBC, ITV, the British Film institute, and worked on a new science fiction film coming out next year. What are the highlights of your arts career to date?

It's interesting because about 90% of my best moments happened in the last year and that's really where my career elevated. Staying at the NFTS and doing a short course there is a definite highlight for me. As well as that the crowdfunding campaign was a real highlight for me as it showed me how many people actually take notice of what I'm doing and the fact that they actually put their money behind me was just great. And just recently I attended the BFI Future Film Festival and got to talk to some filmmakers and the entire weekend was just a great opportunity to meet new people and catch up with old ones.

How did you get into animation? Has it always been a passion?

I started out in drama. I loved entertaining people and being part of shows and was part of a couple of drama clubs. But I really didn't have much confidence and so I started looking at different ways to entertain people. I've always loved animation since I was young but it wasn't till later on that I considered actually making it myself. That's where film came into it. My parents bought me a camera and a green screen for my birthday and that's where it really developed. From there I started doing film work and then after that I got involved in a documentary project about our local theatre and then the director of that took me in. After that he introduced me to the world of animation and it grew from there.

I completed both the Bronze and Silver. It was an incredible opportunity especially the Silver. For my Bronze I got the opportunity to study more artists that I hadn't really gotten to know about before. For my Silver I took an ambitious challenge to write, direct, animate and edit a feature film which took an entire year. It was crazy amounts of work (especially when the computer crashed and erased EVERYTHING and I had to start again from scratch) but it was totally worth it. Seeing my work on the big screen was great but seeing other people enjoy it was even better.

What do you feel was the impact of doing Arts Award before getting into animation?

Hopefully, I will have released my new feature by then but to be honest, in this industry it's hard to predict how long it might take. Other than that, just working in the industry and having a great time doing it.

What advice would you give to budding animators?

ALWAYS go with your gut feeling. When I made my first feature I had people telling me left, right and center that it was too ambitious and I should try something smaller. The feature wasn't that good when I finished it but it showed people that I was determined. Which brings me onto my other piece of advice – learn technique. Creative and technical technique is key to a good animation. There are thousands of books available and there's also loads of websites around that you can learn from. And last tip – network like crazy. There's a world of brilliant filmmakers and animators out there – so go meet them! 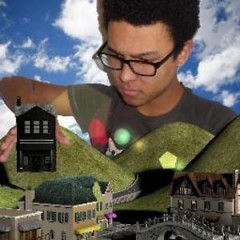 Where are they now? with animator Nathan Wilkes

3D Animator Nathan Wilkes talks about films, superheroes, and how Arts Award helped him get to where he is today.