On March 30th, BBC launched Generation 2015. We caught up with project lead and BBC producer, David Stenhouse, to find out more.

BBC Generation 2015 is a diverse cohort of 200 people aged 18-24 who will help the BBC tell the story of this year's General Election in greater depth than ever before. They have been recruited from Shetland to Cornwall, and from the East of England to Wales and Northern Ireland. Every one has a unique story to tell. We'll be seeing a lot of them on BBC TV, Radio and online between now and the election.

What drove the BBC to set this up?

What can we expect from Generation 2015 in the coming weeks?

Anything and everything. Members of the cohort have already appeared on the BBC News at 6 and 10 and our flagship radio programmes. Expect to see them on national and local output, grilling party leaders and contributing to the debate on education, employment, health, housing – every issue that matters to voters in 2015.

What have you looked for in applicants, and have you had a diverse set of applications?

We have had an enormously diverse set of applications, and that is reflected in the final make-up of the cohort. We didn't go into the auditions with a check list of things we were looking for, we let everyone tell their own story. Luckily for us their stories were absolutely compelling. It was very hard to select the final group. Without exception everyone we saw had an enormous amount to offer.

What are the biggest public misconceptions about young voters?

The age cut off is 25, do you feel there is a shift in the attitudes of, and towards voters beyond this age?

For some, undoubtedly, for others not. This project has taught me not to generalise…

What more can be done nationally to include young people in politics?

It's a huge question for the politicians. Listening to Generation 2015 would be a good place to start! 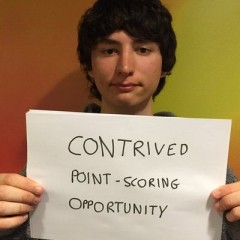 On March 30th, BBC launched Generation 2015. We caught up with project lead and BBC producer, David Stenhouse, to find out more.