Music videos are a good way for film makers to express their creativity and originality. But, don't make the mistake of thinking they're easy to create...

I started out making music videos for various artists in Birmingham. I started my own media channel which features freestyle music videos, miniseries and other things and it was quite successful. But throughout the years my frustration with music videos has grown more and more, because it's a constant struggle to stay creative and different.

Music videos have become a little too accessible to make, and many videographers are copying each other. It's not to say that you shouldn't take inspiration from other peoples work, but when ideas and concepts for videos repeat themselves too much, there's no way to define how good a video really is, and they all begin to get the same aesthetic.

So, I've decided to stick to the following guidelines to avoid "cliché", cheesy and boring styles, concepts and effects that have been over used.

Here are 8 things to avoid when making a music video…

1. Don't shoot without a solid plan/concept

You will want to take inspiration from the song, but many songs deal with generic topics such as love, break ups and personal power, if you want to be original you will have to move away from the generic visual themes that come with these topics. If you come to a point where you have no idea about how to make it original, don't do the video. There have been moments where I've listened to music and not had a clue what to do with the video. When I've gone ahead to shoot it, I was going with the flow and the production value definitely suffered. If you come prepared with a plan and concept you'll prepare the right equipment for the shoot, making it easier to fulfil your vision.

If you're stuck for ideas it's a good plan to look outside of the film and music video industry. Look for inspiration from photography, painting, the world around you - anything that can help you come up with something original.

2. The concept has to make sense

The purpose of a music video is to compliment the song and possibly have a message that impacts your audience. The concept must make sense to you as the film maker, and to the audience watching your video. They must understand what you were trying to do and feel the emotions that you intended. The best way to go about it is to listen to the track and pick out the tone themes and emotion of the song, then reflect those into relatable themes and ideas. If the song doesn't really have any of them and it's a generic music track to get people dancing or hyped then still try to avoid cliché styles, and work on creating something that's visually arresting.

It's easy to get into a tangent and get creative. I've had many moments where I've given a camera to someone and they've lost themselves in taking photos. So as the person making the video you have to remember the plan and stick to it. As mentioned above the plan is there to help and guide you on the shoot and make sure you have everything you need for the edit. Most directors have their shot lists planned before, for better accuracy. This will help structure the video and make your work flow faster.

If whatever you choose to add to your video doesn't add production value from an audience perspective than it's irrelevant. For example having people in the background who don't know what they're doing, it's nice to feature your friends in your video but if they're not adding any value to it they need to stand behind the scenes. When models or actors look super awkward or just randomly appear in a shot, this throws off the quality of the video.

5. Don't repeat the same shots (in your edit)

You need diversity in shots while filming otherwise you'll end up repeating the same shots again and again, and that gets boring. What you don't want to do is repeat another video you've done before. To do that, avoid using the same locations or angles you've used before. Also, make sure you shoot plenty of material, so you know that you have your pick of many different shots. It's better to have too much footage than too little.

People often get so caught up with the gimmick of special effects in music videos that they forget the whole point of the video. Bad effects can make the video look amateur, and take time away from great creative work. Often effects are not needed, and when they are they need to be relevant and done well. If the effect you've added is blatant when it should be subtle take it off, only add effects if you know how to apply them correctly.

The same goes for colour grading. Try not to make the whole video look one shade of blue or red. Only attempt colour grading if you know how to properly apply it in post.

7. Don't let others distract you on set

What tends to happen a lot on shoots is everyone gets a little hyped and starts throwing ideas in. For young film makers it's tempting say yes and go with it, which interferes with the main concept.

If you're the director of the shoot, you should have final say on what happens. No one else knows how the video will be put together, so you have the control. This is why it's so important to have a concept, so that you have something to strictly follow. You and the artist have discussed and agreed on the final outcomes of the video. For this to work you must be confident and assertive enough to stick to the plan. Any interference should be dealt with in a professional manner, be sure to listen to the suggested idea, if the idea works then consider trying it out, if it interferes with the concept or takes too much time to set up then simply explain why with a valid reason.

8. Use your light effectively

It goes without saying, not having enough light is one thing but not using light effectively isn't good at all. This is a common mistake people make when shooting music videos. If you have a wide variety of shots that all look the same, this may be because of the lighting. This is another way you can be original and creative, playing around with the lighting will make your video more dynamic and give more depth to your creation. It also helps to have different lighting when you have a theme or genre you want to base your video on.

Overall, it's as important to remember the factors that can make your work fail, as the parts that will make it suceed.

It's good to criticize your work while making it, to learn to better yourself and improve on your skills.

I try not to look at anyone else's work when I make my videos. I should be cabable of generating original ideas and clear concepts which complement the songs. Everyone will reach that point with time and experience, just keep going! 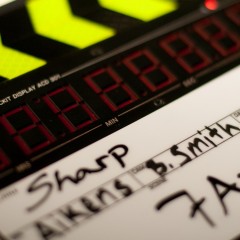 How to...make a successful music video

Music videos are a good way for film makers to express their creativity and originality. But, don't make the mistake of thinking they're easy to create...