Musician Ne-Yo’s career has quietened down in recent years, but he remains a staple of 2000s R&B and pop.

Name an A-lister in the music industry, and Ne-Yo has worked with them. From Rihanna to Beyoncé to Enrique Iglesias and Whitney Houston, Ne-Yo, real name Shaffer Smith, has been involved with some of the defining songs of the 2000s.

In recent years music has moved away from the smooth sounds of R&B pop, with arguably only The Weeknd carrying this mantle in the charts. But when I think of this genre as a whole, Ne-Yo is its embodiment. We have him to thank for timeless tracks such as Beyoncé’s ‘Irreplaceable’, Rihanna’s ‘Take A Bow’ and even Mario’s ‘Let Me Love You’. Ne-Yo’s ability to create a soulful and catchy tune with simple yet effective lyrics is unmatched. In an industry where it is common for inadequate pop artists to require over ten writers to pen one song, it’s incredibly refreshing to see a songwriter of Ne-Yo’s ability, even if his heyday has passed.

Ne-Yo’s solo musical ventures deserve acclaim too. His debut album In My Own Words debuted at number one in 2006 after he was signed to Jay Z’s label Def Jam, with the same reception for his second 2007 album Because of You. These albums gave us the musical gems ‘So Sick’, ‘Sexy Love’ and ‘Say It’, which are still mainstays in my playlists. There is a fullness and warmth to Ne-Yo’s voice which is always a guaranteed treat for my ears.

Unfortunately, his recent releases from 2010 onwards have been lacklustre to say the least and his career has taken a hit. Being a veteran of the music industry, Ne-Yo appears to know this, and his most recent release has been an anniversary edition of his first album as he shrewdly leans on his more successful former projects.

It’s easy to relegate once-successful musical artists to obscurity and only listen to them when they pop up on the occasional throwback playlist. But given Ne-Yo’s undeniable musical gifts and influence on some of the most famous songs of the past two decades, his talents deserve to be appreciated for a long time to come. 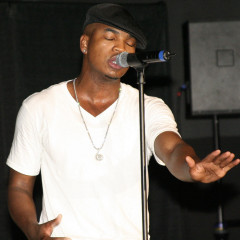 Musician Ne-Yo’s career has quietened down in recent years, but he remains a staple of 2000s R&B and pop.