Wondering what to watch tonight? Why not read on as I take a look back at the Safdie brothers’s nail biting crime thriller, Good Time!

Welcome to Voice Retrospects! This is a new series that will be running on the Voice Magazine website. In it, we look back at art and media that might have passed you by when it was released and explain why you should give it a look now. You can expect to see one or two new entries into the series each week, and every post will focus on a new (or old, rather!) movie, TV series, book or anything else!

You may have heard of the fraternal directorial duo, Josh and Benny Safdie, because of their most recent feature-length release, Uncut Gems. The film reinforced Adam Sandler’s dramatic acting credentials and was noted by critics for its ‘anxiety-inducing’ capability that kept viewers on edge throughout its runtime. Perhaps lesser known, though equally as impressive, is the duo’s previous effort – Good Time.

First released in 2017, Good Time is a crime thriller set in New York, following Connie Nikas (Robert Pattinson) as he attempts to liberate his brother Nick (Benny Safdie) from police custody following a failed bank robbery while avoiding his own arrest. Pattinson’s performance in this film is a high point in his career, as he deftly navigates his way through each scene, believably manipulating other characters with his duplicitousness to get his own way. Though this makes for very uncomfortable viewing at certain moments in the film, Pattinson brings Connie’s unabashed self-serving nature to life with his stellar portrayal.

Good Time also moves at an unrelenting pace, hardly giving audiences time to breathe before a new scene imparts a fresh wave of anxiety that prevents any sort of ease or relief from the plot. Scenes where this anxiety is particularly notable include one where Connie tries to secure a bail bond for Nick, in addition to another where he attempts to conceal himself in a theme park. The film’s synth-heavy score, provided by Oneohtrix Point Never, complements this momentum and constant sense of agitation, generating an oppressive and brooding atmosphere that never quite allows the audience to feel settled.

Sean Price Williams’s cinematography also deserves recognition and praise – the film features a variety of shots that coalesce together to contribute to the feeling of anxiety. Close-ups focusing on individuals and their expressions are coupled with wide sweeping shots following moving vehicles, with the mood of each scene being reflected in the shots chosen by Williams.

In Good Time, the Safdie brothers have a film that is tightly plotted and played out in a world that is entirely unforgiving. If you’re struggling to find something to watch, or want to try out a new genre, I would highly recommend this title!

Good Time is available to stream on Netflix now.

Have you watched Good Time? Let us know your thoughts on the film in the comments below! 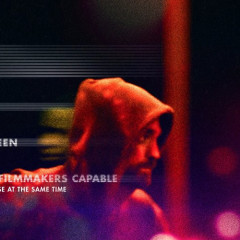 Wondering what to watch tonight? Why not read on as I take a look back at the Safdie brothers’s nail biting crime thriller, Good Time!