The masterclass featured a wide-ranging conversation including tips on working on productions of Shakespeare and advice for young people entering the arts.

NSDF 21 Masterclass ‘Tamsin Greig in conversation with Simon Godwin’ featured the duo, an actress and director respectively, speaking about theatre, Shakespeare, and providing advice for young people who want to pursue careers in the theatre industry.

The session was kicked off by NSDF Director James Phillips, followed by introductions from Simon and Tamsin. As with several other NSDF events, all speakers provided an audio description of themselves and live captioning and BSL interpretation were available for the session.

Simon first asked Tamsin about her experiences with Shakespeare. As with many students, Tamsin’s first encounter with the English playwright was at school, where she recalled being able to read Shakespeare out loud ‘without wanting to burst into flames’. Though she enjoyed studying the plays, she found that this was more about trying to figure out what the words meant rather than living or embodying them. Having been unsuccessful in studying at drama school after applying to 10 over two years, Tamsin attended the University of Birmingham and studied Drama and Theatre Arts.

Tamsin’s first acting role in a Shakespeare production was as Helena in A Midsummer Night’s Dream and she joined the Royal Shakespeare Company in 2006, performing in Much Ado About Nothing and King John. She has also performed in Twelfth Night and Romeo & Juliet, with both productions having been directed by Simon.

When asked about practical tips for working with Shakespeare, Tamsin stated that she spends a lot of time trying to understand the plays before delving into the production. She said that she first engages with adaptations of plays for children to understand the story and then moves to online resources such as SparkNotes to ensure she isn’t afraid of her own ‘interior critic’. Once she is comfortable with the plot of a production, she then said that she would allow Shakespeare’s language to ‘elevate [her] to a place of experience’ to embody the role she is playing.

Simon agreed with Tamsin’s process, remarking that everybody shares the feeling of Shakespeare being difficult to engage with at first. He also shared his own experience of playing Hamlet in a school production at 17, noting that he felt fortunate to do so as it was a rich experience. He also mentioned that he was able to learn the rhythm of dialogue by listening to tapes of Kenneth Branagh performances.

Simon also asked Tamsin if she had any advice for young people who are graduating from drama school or university and want to enter the arts. Tamsin replied by saying that though it is already difficult to enter the industry, it has been made even more difficult by the absence of live performances over the past year. She also said that there seems to be pressure on young people to make things happen instantly, but stated that if an individual has an ability to perform, it will manifest itself in some way. Simon followed this advice with a phrase from director Peter Brook - ‘work attracts work’. In his own experience, he found that being prolific and trying to battle passivity was the best way to find success.

Regarding diversity in productions of Shakespeare, Simon said that it was a joy to direct Paapa Essiedu as Hamlet in the eponymous play, which was a first for the Royal Shakespeare Company and featured a diverse cast as well. Tamsin agreed that change was happening, with more on-stage and on-screen actors coming from diverse backgrounds, but noted that more change was needed in behind the scenes roles. This call to change echoed a statement made by Grace Smart in an earlier NSDF panel.

The session concluded on an optimistic note, as both speakers looked forward to the return of live performances in 2021. An engaging and interesting masterclass, you can watch ‘Tamsin Greig in conversation with Simon Godwin’ below! 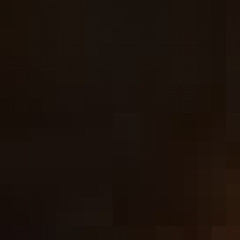 The masterclass featured a wide-ranging conversation including tips on working on productions of Shakespeare and advice for young people entering the arts.