Featuring a stacked panel of individuals involved in the theatre industry, this event aimed to unpack the reasons as to why theatre is s***.

This NSDF 21 event, hosted by organisation Associate Nima Taleghani, aimed to answer the titular question - ‘Is Theatre S***?’. The event consisted of a panel featuring Abbi Greenland, co-founder of theatre company RashDash, Ray Sesay and Debbie Korley, both actors and Grace Smart, set and costume designer. During their introductions, each panellist provided an audio description of themselves to aid the visually impaired, and the event was also live captioned and featured a BSL interpreter.

The event began with the panellists reaching a consensus and agreeing that the answer to the titular question was ‘yes’, before delving into why this was the case. Ray stated that his first experience of going to the theatre was at the age of 19 in an acting role before going on to say that there is an issue in the accessibility of theatre. Debbie also mentioned that as a black woman in theatre, she felt she had to work harder than others regardless of her previous experience in theatre in order to gain respect from her peers.

The element of risk was also brought up by the panel. Abbi said that playwrights and actors who want to create new and original material would be told that they are a risk. Additionally, she stated that if actors or playwrights wished to be on the main stage, they would need to engage with the theatrical canon, which is predominantly made up of productions by white men. Ray complemented this by saying that the narrative that originality or difference is a risk needs to be changed.

Nima then asked if the theatre industry at large was responsible for maintaining the culture of theatre as belonging to the middle class. Ray agreed with the question and mentioned that new writing was being produced at theatres like the Royal Court but it would not see the light of day. He suggested that a change in the demographic of theatregoers was needed, and that changing ticket prices could help make this happen.

Abbi added that more diverse leadership in theatre is needed, which would allow for the production of plays that chime with people’s contemporary experiences. Ray mentioned the example of the Bush Theatre, which has promoted new writing, proving that such plays can be successful.

With the general consensus being that theatre is not currently in a good place, Nima asked why the panellists are still involved in the industry. Debbie responded by saying that her passion for the craft of theatre and her involvement in community outreach formed the basis for her continued involvement in the industry. She also stated that her presence as a black woman who has been a part of institutions such as the Royal Shakespeare Company has served as a message to other people of colour to empower them in following a similar path.

The topic of disagreeability was then raised, with Nima suggesting that people’s fear of being disagreeable contributes to the continued negative state of theatre as a whole. Ray agreed with this, adding that people may be afraid to speak their truths, though he did point out that institutions are starting to move proactively due to them beginning to be held more accountable for their actions. Grace also added that while diversity was beginning to occur onstage due to it being too obvious to ignore, this was not the case for backstage roles such as set design or lighting.

After a brief discussion around the idea of drama schools perpetuating inequalities that exist within the theatre industry, Nima asked the panellists what could be done to improve theatre. Debbie suggested that more diversity in school curriculums (i.e. learning about different types of history) was needed in order to stimulate an increased sense and understanding of multiculturalism, which would carry over to theatre. Grace also related her own experience of working on productions that featured violence towards women, as one of the few women on set. She stated that individuals within the industry shouldn’t need to feel as though they are present for the sake of filling a tickbox.

The session concluded on a lighter note with Nima asking the panellists about their favourite moment in theatre, prompting a range of answers from each speaker.

NSDF 21’s ‘Is Theatre S***?’ was an illuminating, yet entertaining session that provided much food for thought and you can watch it below! 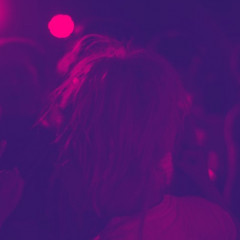 Featuring a stacked panel of individuals involved in the theatre industry, this event aimed to unpack the reasons as to why theatre is s***.