With the release and subsequent negative reviews of the new Tom and Jerry film, we ask whether beloved animal cartoon characters in live-action movies attract or repulse audiences.

The pioneer of live-action animated film is of course Who Framed Roger Rabbit, which is admired by both audiences and critics alike. Released in 1988, it was produced before computer animation was widely used, and the artists utilised a combination of hand-drawing and optical printing for its Looney Tunes and Disney cartoon characters. Seamlessly merged with a roster of talented voice and on-screen actors, the film has garnered lasting cultural significance, and many productions have followed in its footsteps by basing films around other famous animal cartoons.

However, many of these films have critically fallen short of Who Framed Roger Rabbit’s triumph. Recent years have seen Sonic the Hedgehog, Pokémon Detective Pikachu and now Tom and Jerry create a new genre of film that could be lengthily described as ‘beloved cartoon characters interact with humans and in some way blur the boundaries between human and animal to uncanny effect’.

There are several factors at play here. One is the way in which the animal character is animated. Sonic the Hedgehog now stands as the prime example of what audiences don’t want, which is the animal characters they know and love being given distinctly human features – in this case Sonic was animated with human teeth. This caused an internet frenzy of over a million Google results and countless memes, and led to the eventual closing of the visual effects studio behind the film. The adaptation of the musical Cats is another push against this hybridisation, with its horrific human-cat CGI blend. We want our animal cartoons to stay animalistic, if you don’t mind.

In addition to this, if the cartoon animals do have dialogue, audiences want the voice actors to fit the established nature of the character. Much discussion was made around the titular character of Pokémon Detective Pikachu being voiced by Ryan Reynolds. A long-standing internet joke pushed for actor Danny DeVito to voice Pikachu, and when Reynolds was announced in his stead, many fans were disappointed. This was exacerbated by Reynolds deploying his trademark sarcastic tone for the fuzzy yellow Pokemon. If animals do speak, we clearly have strong ideas about how we expect them to sound.

In adapting stories around beloved characters there will always be pressure from opinionated fan bases – particularly when people grew up with these characters. With the technological advancements in CGI and animation it’s easy for those in the industry to experiment with blending the human and animal together in the name of innovation. But no audience member deserves to see a cat version of James Corden, and the boundaries between cute animals and nightmarish anthropomorphic creatures must be observed closely, and in my opinion, scaled back.

Header Image Credit: Photo by Dyana Wing So on Unsplash 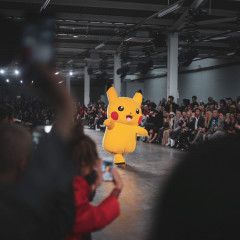 It's time we stop anthropomorphising cartoon animals in film

With the release and subsequent negative reviews of the new Tom and Jerry film, we ask whether beloved animal cartoon characters in live-action movies attract or repulse audiences. 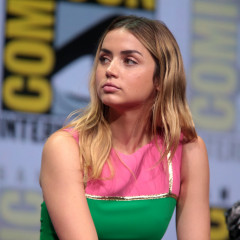