Issues with commitment and hard work may be more accurate...

Despite what some will tell you, I'm not all that 'creative'. I don't commit myself to an art form, and while I can play some instruments, I am rubbish at song-writing, and have awful technique. It didn't have to be like this, and I might have had the potential to do something cool with it. But alas, I decided that I didn't like the idea of being 'forced' to learn instruments, even though I desperately wanted to know how to play. The thought of having to practice on someone else's terms, or learn things they wanted to teach me just never resonated, and I ended up throwing away several great opportunities as a result.

When I was younger I had piano lessons. I took those lessons for five years, and have nothing but a Prep test to show for it. I remember wanting lessons so badly, but when I finally started taking them I hated everything to do with them. I never practiced, and I grew to resent it. After I finally got to quit, I was pleased, now I look back with regret.

It is a similar story with learning to play guitar. My uncle is an incredible guitarist, and he purchased one for me on my birthday, and said he would teach me to play. I cannot tell you how excited I was to finally be learning, I had always admired his ability to play, and thought I might finally be 'cool'. The first few weeks went well, and he taught me the basics. But as the weeks went on, much like piano, I started to hate it. I would stop practicing, and eventually asked my dad to tell my uncle to stop coming. I really regret that decision for two reasons. First, I should have at least been mature enough to tell him myself. Secondly, it was just a terrible choice all round, I certainly am nowhere near as good as I could have been. Maybe had I told him myself he would have talked me out of it.

In both of these situations, I notice a similar pattern. Enjoyment at the concept, followed by regimented lessons and practice, followed by a disinterest. I seem to struggle too with that conscripted approach to education, especially with creative subjects. I hate being told what to do, how to learn something, what to learn and the best way to play it.

I have since continued to teach myself guitar, and while I have progressed significantly from strumming the chords to House of the Rising Sun, I'm not exactly your next Slash or Matt Bellamy. I've picked up many bad habits, my technique is sloppy, and I don't understand scales. I doubt in any instance I would have had a career in music, but knowing I could be better in something if I had just swallowed the 'free-spirit' approach to education in creative subjects is frustrating.

Is it just me? Am i just stubborn, and foolish, or are there other of you out there, who like me, preferred to go it alone as opposed to sticking to such structured learning techniques 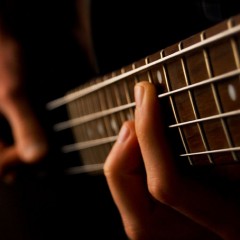 My issue with creative education

Issues with commitment and hard work may be more accurate...