What’s next for Disney as we move into a new decade?

Over the course of the past decade, Disney’s entertainment empire has moved from strength to strength, grossing around $10 billion globally in 2019 alone. How did we get here and what does this mean for the future?

One of the central pillars of Disney’s decade has been the Marvel Cinematic Universe. Whilst this technically began in 2008 with Iron Man, the film which truly kicked off the MCU as we know it was Avengers (in 2012), with an iconic scene of all these characters coming together pushing the boundaries of what can be done with cinema and cinematic universes. They say imitation is the greatest form of flattery, and perhaps the greatest demonstration of this is the few years where every studio wanted its own ‘cinematic universe’, with the most ridiculous/hilarious of these being the ‘Dark Universe’ from Universal. What the failure of these imitators shows is how effectively Disney formed this cinematic universe and how powerful the ‘Marvel formula’ really is. As they move into past the denouement of their first saga and into Phase 4 of their cinematic universe, only time will tell if their formula still remains potent.

Another flagship project of the Disney decade has been live-action remakes of beloved classic films. This started with Cinderella in 2015 and has moved through other films like the hugely successful Beauty and The Beast, and Aladdin. Whilst most of these films have received middling critical reception, and some have sparked controversy, the nostalgia factor and star-power of these films have been reaping enormous financial rewards for Disney. These remakes don’t look like they’re stopping anytime soon, with Mulan coming later this month. The obvious question here is, what happens when Disney run out of popular IP to make into live-action (or hyper-realistic CG) remakes of? What will they do when the well runs dry?

Perhaps the biggest singular move Disney made this decade was their $71bn acquisition of 20th Century Fox. This merger massively increases their control over the film industry – as is explained here. Aside from just increasing their control of the box office, this has delivered Disney the rights to a huge number of big names, like the Alien and Home Alone franchises. This is all in aid of their new streaming service, Disney+, which after a successful launch in America is coming to the UK on March 24th. This could be a massive blow to Netflix, whose financial situation is already precarious as it is, by cutting them off from a massive section of (pre-existing) film. With access to such a wide range of properties and a seemingly endless supply of money, Disney has the potential to completely undercut the Netflix model. Whilst Netflix is by no means perfect, a world without it would drastically narrow the range of new films being made, with titles like the Irishman being turned down by every studio other than Netflix.

Disney's vice-like grip on the film industry is only set to tighten as we move into the next decade. What this likely means is fewer films at the cinema, and a higher proportion of films will be 'safe bets' – something which Warner Brothers seems to be replicating with their new AI for deciding which project to bankroll. What makes this even more frustrating is that 'safe' often means limiting things like LGBTQ+ representation to blink and you miss it moments which can easily be cut. This can be seen in Disney removing the central romance of Mulan, which many had held onto as a rare piece of (unofficial) bisexual representation in film (especially films aimed at children). This doesn't mean that artistic/risky cinema is dead. In spite of Disney's lean towards safety, there are still elements within the Disney machine that are making incredible work – like the people at Fox Searchlight. Additionally, independent film is thriving right now, with production companies like A24 and Monkeypaw Productions helping create some of the most interesting cinema out there at the minute.

We can't be sure of what the next decade holds, but the Mouse House’s dominance isn’t going away any time soon 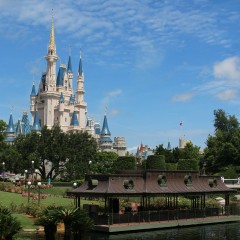 What’s next for Disney as we move into a new decade?