Whilst the crossover possibilities are both exciting and endless, the future isn't all fun here.

Walt Disney Studios has made the move to acquire 21st Century Fox for the gargantuan sum of $71.3 billion and given that it’s been approved by both shareholders and the US Justice Department, only a different government’s antitrust laws could possibly get in the way now. In short, this means that Disney will be acquiring the entertainment end of 21st Century Fox, and in the process gaining properties like ‘The Simpsons’, ‘Alien’ and (to the excitement of many, myself included) the Fantastic Four and the X-Men. Fox’s broadcasting side would split off to form ‘New Fox’, which will most notably contain Fox News. When the dust settles, this would leave Disney with a whopping 27% of the film industry, with their closest competitor being Warner Bros. Pictures at 15% - something that technically constitutes a monopoly.

This monopoly has a whole swathe of consequences for those in and outside the companies involved. First and foremost, the sheer increase in size allows Disney a greater ability to exploit the labour of their employees. In Disney’s theme parks this has already been happening, with many of the people working there barely scraping by on minimum wages. There is no reason to believe that with even more market share Disney wouldn’t further this exploitation. Any employee unwilling to suffer these wages and other potential issues will essentially be locked out of working for 25% of an industry which is already incredibly hard to break into. This exploitative attitude can and does very easily carry over to the way they treat cinemas, wielding the power they now have (which would compose of 31% of the gross in the US box office) to force cinemas (particularly smaller ones) to screen their films more and in a way that benefits them. This was shown with ‘Star Wars: The Last Jedi’ when they forced any theatre showing the film to fork over 65% of their revenue rather than the typical 55%, show the film for at least four weeks and never cancel a screening without the explicit permission of Disney. Now, with even more power at their fingertips, Disney will be further able to push already-struggling cinemas to behave in a way which benefits Disney and Disney alone. Ultimately an increase in Disney’s market share allows them to lower their risks at the cost of everyone else involved.

Speaking of risk, Disney’s increase in control of the film industry means that we’ll likely have far fewer films that take risks. As Disney tends to lean towards ‘safe’ projects, there could be an impact the variety of films that actually get greenlit and released. For example, bold and peculiar films like ‘Birdman’ or ‘The Shape of Water’ would be far less likely to be made under Disney, whose primary focus (for better or worse) is on mass appeal. The same would apply for films making any sort of real political statement (with a few notable exceptions such as Black Panther).

This desire for what they perceive as mass appeal could also have serious ramifications in terms of the ways in which particular marginalised people are represented in film. An exemplar issue is that Disney have been accused of repeatedly failing the LGBTQ+ community with their near non-existent on-screen representation, in spite of promising and alluding to its existence. In fact the only on-screen representation in a Disney film was in a very minimal section of 2017’s ‘Beauty and The Beast’ which, according to many,  fell into harmful tropes. The lack of proper LGBTQ+ representation, along with other kinds, for example disabled people and Native Americans, is an enormous problem. People need figures that they can identify with to be able to feel empowered, inspired, and like they have a place in society.  For a company that dominates a quarter of the film industry to be denying this representation is at best disappointing and at worst extremely harmful.

Now despite all this, I’m super excited that we’ll finally get some consistently good X-Men and Fantastic Four films and maybe we’ll get to see the Avengers Academy/X-Kids crossover where the two teams have a fun and ridiculous American Football game. Okay, maybe I’m the only one who wants to see this...

However, if we’re too busy cheering about relatively small demonstrations of fan service to take notice of the consolidation of wealth and power, then we could easily slip into a future where mega-corporations control all art, and we’ll be left sitting there wondering how it happened. 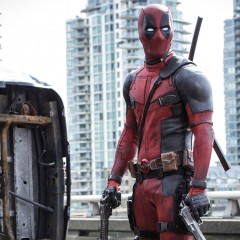 Why we shouldn't be so excited about the Fox/Disney merger

Whilst the crossover possibilities are both exciting and endless, the future isn't all fun here.