Voice MagArts AwardBlogsDo you need to be in…

This is a piece I have written for my gold arts award, based on emotions as a dancer.

The arts issue that I chose to look at is ‘do you need to be emotional to be a good performer’. This stood out to me as I feel that it is not a necessity but many people think or say otherwise. Therefor I would like to further understand why people think this and compare it to my thought on the matter. I see this as an issue as I personally struggle with this and if I do others most probably do as well so I would like to find out what may help me or if people know of any reasons why.

Some of the first information I found was on a website called stage minded. It kept repeating throughout the article which was “dance is emotion through motion”. I understand why this is said because dance is a way to express yourself the way you want but some people don’t dance like this as they may struggle with realising emotions. This instantly told me that people believe heavily in emotion in dance.

My questionnaire that I created also vouched for this. I handed my questionnaire to fellow dance students in years 9-13 and I discovered that the older you are the more you believe in using emotion while performing. This may be because technique is much harder to learn and takes longer to develop so is best to do this when you are young and then to apply emotion to make an audience believe you more. However, some people may have experienced more at this point of their life which may mean there developing both at the same rate. 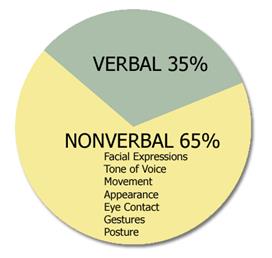 The last question on my questionnaire was ‘do you think that emotion or technique is more significant when it comes to dance?’ and all but one person said emotion was more important. However, what they had said interested me more “technique because that itself can portray a certain emotion with the way your moving”. This suggests that emotion will always be seen even if it’s not intentionally. I think that as humans we try to read people and their emotions almost instinctively to help us with interacting with them. Statistically we communicate more through body language, facial expressions and other forms of nonverbal conversing. 35% is verbal to the 65% of nonverbal which is almost double the time spent communicating without voice. This shows emotional intelligence which is to recognise, understand or influence the emotions of ourselves or others. I think that everyone has emotional intelligence but some struggle with certain aspects of it. For example, I struggle with recognising or understanding my own emotions but feel can understand others emotions well, I just need to transfer that into understanding my own. This could then open me up to using my emotions more through dance like others who seem to do this well. This makes the audience more engaged as they emphasise with you and can either relate or think about if they were in your position.

However, Lisa Howell a dance physiotherapist says that “emotions aren’t just an idea in our head, they’re physically embodied. The way you feel effects the way you hold your body.” This may be why people think that I dance with emotion, I just subconsciously let my emotions take over even if not realising. Although I think that this can be a good thing as when I’m performing I find it hard to keep my focus as I’m never fully into the role/character I’m meant to be portraying. This shows that I am good at keeping focus under harder circumstances as I can just switch my focus on and off like a switch.

Another website I found is Mind Fuel Daily. It tries to help explain why people may struggle with emotions. “For some, it is something we struggle with naturally. Others feel pressure to only express positivity, or have learned that there are appropriate, limited, times to express feelings.” I see this as a reason as to why people prefer certain types or performances. Some prefer happier up beat styles and some would rather the sadder slower performances. This could all be influenced by what feelings they are more comfortable with or ones they believe can only be expressed through dance. For example, I don’t like upbeat happier performances because I just find them a lot harder to get into the mood for and I always feel like I’m putting on a smile, it seems to fake. However, it’s easier for me to do sadder pieces as you don’t really need an expression, it can be blank and expressionless as if all happiness has been sucked out of you.

A lot of people think that dance is emotion through motion so I wanted to find out why dancers may be uncomfortable with their feelings if dance is about emotion in motion? A few reasons I found were “I’ll look full of myself if I dance with confidence.” I used to think this when I was younger because you used to get called “try hard” for just trying to do anything meaningfully. However, I got over this as why do anything if you’re not going to try to do it well? “I’m too busy trying hard to let go and “feel”. This I think still affects me now  as when we have a moment before a showcase and were standing there, eyes closed, and told top forget everything going into this, just be ready to perform and let your emotions boost your performance. I can’t help but look around or just thinking about things other then what we were meant to, as soon as someone mentions to think about emotions I seem to have a mental breakdown, I’m trying too hard to think about them that I get nothing from it.

“If I put myself out there people might not like it.” I’ve never struggled with this as even though people might not like it you should still be able to recognise how good a piece of work is so it not being to someone’s personal taste is irrelevant. However, if you dance with honesty and put all your emotion into a performance and someone criticizes your work, it seems as though they are criticizing you as a person. Although, this is why I’ve realised criticism becomes more critical when you become older because you realise there not attacking you personally but giving information you can use to improve. This is because when you’re younger you take a lot more things to heart because you’re still growing, you still absorb words and take them in like a sponge. They get to you and effect you more. However, if you do get a lot of criticism when your younger this can push you into not trying as hard or putting your all into it, you’re scared to be shot down. This can cause you to be closed off to using your emotions in the future during activities such as dance.

Successful dancers use emotion. There are so many dancers and so few who ‘make it’ in the industry. The audience expects a stunning performance but they will barely ever just want that from a performance, they will want to ‘feel’ something. If the dancer doesn’t show emotion- how can they feel something? Billy Sawyer is a dancer who heavily believes in emotion and feeling something, often saying to ‘feel your emotions and let them guide and help you in your performance’. I agree with this as he knows what it’s like to go up through the industry and that you need to be in touch with your feelings to get to that next level.

All of this reflected on what I expected and that’s that it’s best to be in touch with your emotions when performing to perform to the best of your ability. Through my research I wasn’t able to find anything on emotions not affecting your body and being able to dance differently without using emotion. However, I still personally don’t feel emotions when I perform but I now know I should try harder to get in touch with my emotions to improve as a dancer. Therefor yes, I believe you do need to be in touch with your emotions to become a better performer.

This is a piece I have written for my gold arts award, based on emotions as a dancer.