Having access to such a variety of music at our fingertips has changed the way we listen to and create music, with genres being too constrictive for the digital age

When artists release a new album, you tend to always hear about how this is a new sound for them, whether that means putting out an acoustic album after having released an electronic one, or perhaps the artist has naturally written more mature lyrics as they’ve gotten older. As an artist, it’s incredibly freeing to not restrict your sound to a certain musical taste or style, and it’s now pretty commonplace to see artists move across different genres.

Taylor Swift, originally a country performer, turned into a pop princess when she released ‘1989’, and her latest album, ‘Reputation’, is more electropop. But she then came back to country roots for her recent collaboration with Sugarland on ‘Babe’. Some artists even cross-genres in the same song, such as Camila Cabello releasing a country version of her original pop-song ‘Never Be The Same’.

And artists switching between genres reflects our changing music habits. A new report from Sweety High found that Gen Z teenagers are listing to a more diverse range of music than ever before, with nearly 97% of Gen Z females saying they listen to at least five musical genres on a regular basis. And as a Gen Z woman myself, I know that if anyone asked me what genre of music I listen to, I’d pull up a playlist that covers everything from jazz to pop to electronic, with my music taste changing daily (or hourly when I’m feeling hormonal!)

And I’m lucky in getting to work with the Grand Union Youth Orchestra (GUYO), who have really showed me just how irrelevant genre has become. The Orchestra can't be categorised in the music it makes, instead merging genres and musical traditions together to create its own distinctive sound. Their work reflects the desire young people have of constantly craving something new. At our fingertips, we have access to such a breadth of songs, not only from different eras, but also from different areas of the world; and, with all of this so readily available, it makes sense we’d constantly be discovering new artists, new songs and new genres we love.

By constantly broadening our listening habits, we get to introduce ourselves to music that we may have not had come into contact with before the age of the internet. This way of listening helps us champion diversity, with the internet making it easier to find music from different cultures and background.

One of my favourite things about the GUYO is how they explore the world’s major musical cultures through the shows they put on. Their Summer School particularly focuses on this, with it emphasising the chance to learn about non-Western instruments.

That’s why I’m not sad over death of the music genre, as it’s something that seems too traditional and restrictive, making it very much a thing of the past. Music that can’t be shoved into a certain box, and instead has many influences, is what excites me about artistry. Being part of the generation that’s really driving this change in how we listen to music is wonderful, and watching young musicians like the GUYO defy genre and create the music they want to, that reflects a diverse range of stories, feels like a real honour. 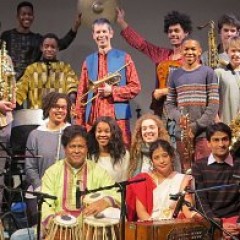 How Generation Z made genre irrelevant in music

Having access to such a variety of music at our fingertips has changed the way we listen to and create music, with genres being too constrictive for the digital age