My family and I have been watching the acclaimed Sky Living, scripted reality series Desi Rascals.

However, recently, my sister and I spoke about how 'un-Asian' the programme and the people really are. This led me to think about the implications of a programme which accurately portrays how British Asians act and live. The first concern was that these people didn't act how Asians typically, or as typically as Asians I've known, grew up around and, well, been, act. They acted far more British than they did Asian.

But then, why the label? The word 'desi' is a word used in many languages in the Indian diaspora to mean 'from or of the country' referring to the home countries of India, Pakistan, and Bangladesh and surrounding. A programme called Desi Rascals would make a person think that this programme has been green lit based on it being another scripted reality TV show like The Only Way Is Essex and Made In Chelsea with the unique selling point not being its geography but its people. The people based on their ethnicities. Geography sets the stars of TOWIE, Made In Chelsea, Geordie Shore, The Valleys, and such apart from each other. What Desi Rascals, set in London, makes us think is that this programme shows us about the lives of a group of people as they live, not as Londoners, but as south Asians. This then made me think that it would be quite an anarchic programme if it alleged to be a reality TV programme of any fashion while it attempted to highlight intrinsic social boundaries and differences.

Whereas, in reality (pardon the vague pun), what sets Desi Rascals apart is its distinct lack of effort to be set apart and to typify how they fit in with everyone else. Everyone in this programme could be easily placed within another TV programme where life is typically British in a more conventional sense. In fact Jasmin made her name in reality TV by appearing in seven series of TOWIE. To the series figurehead, Bend It Like Beckham and Bride and Prejudice director, Gurinder Chadha's own admission, Manoj and Celia Shah belong in Eastenders and Coronation Street, respectively. Their lives and the conflicts which make this programme remotely compelling are problems that are shared by the rest of the country's thirtysomethings. Love, embarrassment, vindictiveness, fidelity, or lack thereof.

This is not to say that it is a programme about how British British Asians are. It's a statement about how the children of immigrants are British and Asian, too. The multi-generational, multi-nationality cast of Desi Rascals also go through issues that are only significant because they were issues to their parents and ancestors culturally as well as themselves and their families religiously. Relationships such as Shreena and Prakash's are tenuously encroached upon by parents in Desi Rascals and this is a trait from South Asian culture where arranged marriage is still not uncommon. That is just one way in which the 'desi-ness' comes through in the drama of Desi Rascals. The younger generation in the programme and around the country are, more often than not, the adult grandchildren of immigrants and their social status is what their parents and grandparents strived for. An equilibrium of knowing what their heritage is and the culture they've grown up around.

Being a second-generation immigrant is probably what struck a difference in my mind between them and myself but as they are third-generation, they were raised as the children of British-born parents. This is why they have had the time to become fluid with their culture. Desi Rascals' agenda is admirable - it's not falsely cosmopolitanised, it's a representation of the commonalities between British Asians and the rest of Britain rather than its differences with a lesson in the truth of the culture they've running in their heritages. 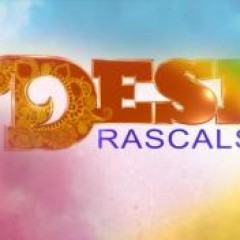 Desi Rascals: The debate about how ‘desi’ it actually is

My family and I have been watching the acclaimed Sky Living, scripted reality series Desi Rascals.