Want to know what gets those Baby Boomers so nostalgic? Now you can! Here are the top 10 songs from the 1960s that defined not just an era, but the post-war generation.

I'm starting off this list with a banger! The title says it all - a song encapsulating rebellion, teenage angst and the power of the counterculture. Inspired by the Queen Mother, who had lead guitarist Townshend's car towed off the street as she was offended by the sight of it during her daily drive through the neighbourhood of Belgravia, it encourages young people to this day to stand up for themselves and make their voice heard - a hard rock anthem for the ages!

A great song from what must be the world's most underrated band, The Kinks were criminally overshadowed by their contemporaries in the 1960s and 1970s, most notably the Beatles - likely a result of disappointing record sales throughout their career. They are now regarded as one of the most seminal bands of the decade, and this 1964 hit single will remind anybody who listens to it that The Kinks can never be forgotten.

Honestly, what would be the point of this list if I didn't mention one of the most iconic and HIGHLY SIGNIFICANT (emphasis on the word "significant") British bands of all time? The Beatles created a blueprint for modern music through the Fab Four's revolutionary approach to songwriting - from "Love Me Do" to "Blackbird", they inspired legions of artists. "Hey Jude" happens to be one of their best, dedicated to Lennon's son as his parents divorced, and reminds the listener with charisma and love from a stranger that everything is going to be fine. Nothing else can top that message.

Taking a break from the British Invasion, we head across the pond to Canada, where folk-jazz legend Joni Mitchell made her own dent in the music world, by providing songs about heartbreak, politics, environmentalism, and personal subject matter through melodic vocals that gave a voice to a generation of lonely listeners. "Both Sides Now" is her defining song, reflecting on life and its hardships. Be prepared, people - this one's an emotional roller coaster.

Moving down into the USA, the iconic folk duet Paul Simon & Art Garfunkel are regarded as counterculture icons thanks to their defining debut single, reflecting the dark side of history as president John F Kennedy was assassinated in 1963, three months prior to the song's release. It's haunting vocals and finger-picked acoustic guitar will have you taking a look at the world around you, realising what a sorry state it has become...

Nancy Sinatra - These Boots are Made for Walking (1966)

On a lighter note, the daughter of the infamous baritone Frank Sinatra had a taste of success for herself by releasing this sassy little bop back in 1966. Covered by a huge variety of artists in various genres (including heavy metal - yes, I know), it's the original that incites strength and self-respect - "mess with me, and you'll know about it"

Delivering even more sass is this brilliant earworm that assures that all women need respect! This one captures the rising soul movement in the US, by helping to give women a voice and the strength to stand up for themselves, and preserving one of music's most brilliant voices - another amazing work of art!

Back to England! Whilst the Beatles were busy paving the foundations for modern music, The Stones made their own mark by revolutionising Rock 'n' Roll and entertaining audiences for over 50 years - Jagger's barking vocals and raunchy lyrics combined with Richards roaring guitar skills makes this song a classic tune.

More soul legends! This glamorous trio helped to evolve soul into a fashion statement, and whilst they were more of a commercial item (apologies to the hipsters), they inspired hoards of girls and young women to pick up the mics and sing their hearts out, especially artists like Beyoncé. Not bad at all.

Last, but certainly not the least, we have the powerful girl-power hit for the ages. "You Don't Own Me" is a dramatic ballad that made people LISTEN: You don't own me, you can't tell me what to do, I am my own person. Thanks to the hip-hop cover released by singer Grace featuring American rapper G-Eazy in 2015, a month after Lesley Gore died, the song gained a revival in popularity. The lyrics also became an inspiration for younger women and are sometimes cited as a factor in the second wave feminist movement. Gore's legacy will live forever in this song, and in musicians she inspired.

Those were the songs that defined the 1960s! What do you guys think? Are there better songs that you can think of? Let me know in the comments below! 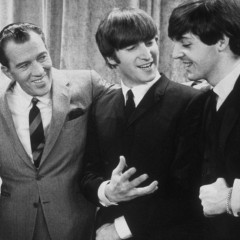 Want to know what gets those Baby Boomers so nostalgic? Now you can! Here are the top 10 songs from the 1960s that defined not just an era, but the post-war generation.