Leaving the European Union may have several implications for the future of the arts in this country.

United Kingdom Arts organisations receive over £1.3 billion in funding from the Creative European Programme.This supports both small and large businesses connected with the Arts. Between 2007 and 2011 over 200 organisations put on workshops funded by the EU Culture Program As the UK is leaving the EU negotiations are to be made to determine whether the UK can still benefit from this programme and other advantages being in the EU came with.

On the one hand, leaving the E.U. could be a negative thing. The EU is seen as a world leader in promoting performing and visual arts. EU membership allows the UK to import and export goods easily. Without this, the international status is at risk. Furthermore, artists and others who work in the realm of performing arts may not be able to make so much money. The EU also provides a forum that discusses and controls taxes and grants to the arts. There is a risk that the voice of the UK may not be heard in the future. Germany used the call the UK "the land without music" - one of the critical things will be to avoid regaining that title and allowing the same or even better opportunities. Some arts practitioners have become very emotional about the prospect of leaving the EU and losing their contacts and links with other, surrounding countries. John Summers Chief Executive of The Halle Orchestra in Manchester which employs players from 14 countries, said "leaving the EU would be disasterous - the biggest thing that has changed the UK over the last 10 to 20 years is the quality of players coming form outside the UK - it has been hugely positive."

British arts organisations currently benefit from free movement of artists which enables talented musicians to travel and cross borders. In the EU dancers, choreographers and musicians are classed as having occupations in shortage. People developing their skills may lose the chance to have professional training from the world's most talented teachers as these areas become squeezed financially. Currently the EU provides sponsorship, funding and scholarships.

Some practitioners believe that leaving the EU is a positive thing because it will allow Britain to spend more of its own money on the arts - for example Britain's contribution can be spent at home and not spread so thinly. This would only work though if the government used the money in this way and ring fenced the money for the arts. Furthermore, musicians from around the UK may get more opportunities. There is a feeling that musicians from the EU have been taking up spaces in orchestras meaning that there are less opportunities for British musicians. This means potentially that when Britain leaves, British players could be given these rare opportunities and be able to develop further both in experience and training.

The culture secretary states that "success is built upon the extraordinary talent that exists in this country and none of this is changed by the decision to leave the EU." This means that if some minor aspects are changed, the industry will continue to thrive and none of its success will be lost.

In conclusion, I think that the main players in film and successful arts based companies will continue to develop, train and prosper. However, it will be the smaller companies and students wanting to broaden their use of scholarships for example, that will suffer. Small businesses my not be able to start up due to their lack of funding meaning that there may be a gradual decrease in the amount of students. The future is unclear - the change will be gradual and not a sudden one. 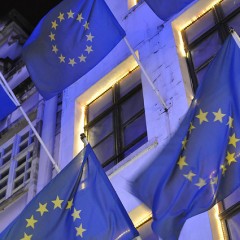 Leaving the EU: Good or Bad for the Arts?