Voice MagBlogsGet Gold with the Yo…

So GOLDExpo has happened and 3 weeks later is the throws of collecting final invoices, pulling together numbers and creating evaluations. About now I have 3 projects to write up evaluations for and projects that I'm pulling budgets and timelines together for. Always a part of the project cycle - not just, here's what happened. But here's what we could do better and more of next time around.

Then getting on with the next stage of project planning and how to take it further next time.

This includes ongoing programmes like the Arts Award Youth Network. Right now we're recruiting for Voice Reporters and Activists. But it's not just about getting new team members, it's about thinking over how we make the experience even better for the team members, how do we deliver more and how do we build young people that will go on to tackle the world.

We can't claim responsibility for the superb actions and next steps of the team members from over the years but I'd like to think we provided encouragement and opportunities that have contributed to the drive and success of our members. We've had almost 40 young people over the past 5 years playing a large part in what we do. To highlight some of the paths these team members have gone on to include-

And many more job roles and education paths.

The point really is that becoming an activist isn't just for performers, it isn't just for those looking for a career in the arts. It's about moving even beyond Gold Arts Award in developing your communication, team and leadership skills. Your ability to work within the world of work - whether that's evaluating performance, keeping to deadlines, working in a team or finding yourself new networks.

It's suitable for anyone who wants to contribute to society, literally influence the impact and development of a programme that has reached a quarter of a million people.

Tasks on the activist team include getting out there to review supporter organisations (theatre, film, literature, dance and much more). This opens you up to new cultural experiences and gets you out there for free! Another task is creating resources and support for young people doing their awards - mostly for our resources on voice, but also making videos or events that showcase and bring together brilliant work and people. A key area too is your ability to connect with other young people and schools - demonstrating the benefits the Arts Award programme brings. Find out more about the role of an activist.

The activist team is open for anyone working towards or already holding a Gold Arts Award aged 16-24.

If you are keener on the media industry or becoming a journalist, regardless of whether you hold an arts award, then becoming a voice reporter and making exciting new content and being deployed across events could be up your street! Work with professional journalists and other like minded young people - develop a real and recognised portfolio of work. Find out more about the role.

Both roles can be used towards several parts of your Gold award - industry research, skill development, leadership and opinion pieces. Join us! 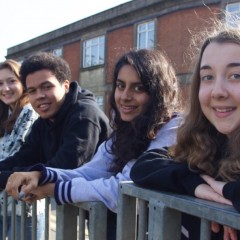 Get Gold with the Youth Network 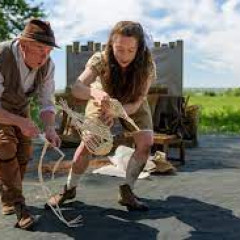