Kiarostami’s late-career masterpiece is a walk-and-talk romance with a bizarrely intriguing twist.

It has been 12 years since Kiarostami’s Certified Copy was released, and the more time passes the more it is solidified as one of his greatest works.

Abbas Kiarostami’s Certified Copy is set in Tuscany, and it concerns an unnamed French antiques dealer (Juliette Binoche) and her meet-up with the British writer James Miller (William Shimell) following the release of his newest book, the eponymous Certified Copy. His book is about authenticity and originality in art, and it argues that whether or not something is an “original” is irrelevant, and that even the original is a copy of something else. (The Mona Lisa, for example, is a reproduction of a woman. A replica would be the reproduction of a reproduction, and would not be inherently less valuable.) Reproductions are valuable in their own way.

The two discuss the book, art in general, and a variety of other topics while wandering around Tuscany, until eventually a cafe owner mistakes them for husband and wife. They lean into it while at the cafe, “pretending” to be married – but the bit continues long after they leave. They begin talking about the woman’s son as “their” son. They more than once bring up their anniversary and their wedding fifteen years ago. They bicker and argue about the time he fell asleep while she was getting ready. Sooner or later, the viewer realises that something very strange is happening, and it makes for a hell of a revelation. Were they strangers in the beginning or not? Are they actually married? The most important question of all, of course, is does it even matter? Reproductions are valuable in their own way, after all.

Perfectly complementing this fascinating narrative is sublime direction from Iranian legend Abbas Kiarostami. One of the most formally impressive things about Certified Copy are the frames within frames. There is a scene in which the two protagonists are standing in a plaza, discussing the statue in its centre. The camera is faced away from the statue as the characters discuss it, but there are mirrors placed behind the characters in such a way that we are able to see the statue as they talk about it. (Which is especially interesting considering the nature of the conversation, again surrounding authenticity and reproductions/representations, as a mirror reflection is once again a representation of something.) In another shot, the man and woman are taking pictures with a newly married couple. We see them through a doorway in the background, smiling and posing for the camera, while in the foreground, a different bride sits alone crying. The framing and the juxtaposition is exquisite. The film is dialogue-heavy, mostly consisting of long conversations between the man and woman, so the creative framing and mise-en-scène ensures that there is always something interesting to look at and adds a lot of layers to the film (which, in the hands of a lesser director, would have been a mostly simple affair with one odd twist).

Certified Copy is fascinating. Its themes are fascinating and handled in one of the most unique ways you’re ever likely to see, and it poses so many thought-provoking questions that you’ll be thinking about it long after it’s finished. It’s also formally exquisite, as well as wonderfully engaging from start to finish, and while it’s only been 12 years since its release, there is no doubt that it will be remembered and loved by audiences for much, much longer. 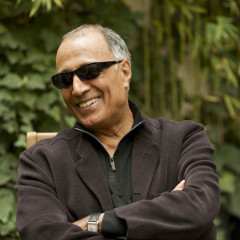 Kiarostami’s late-career masterpiece is a walk-and-talk romance with a bizarrely intriguing twist.