Ronela Hajati’s ‘Sekret’ is a big Eurovision party song, with a powerful choir in the back. This up-tempo tune is for sure going to get people up onto their feet. The choreography is reminiscent of Beyonce – powerful, magnetic and just quite badass.

Hajati rose to fame with the smash hit ‘Mala Gata’ back in 2013, and is sure to do quite well in the year’s contest.

Following the success of Armenia’s win at the Junior Eurovision song contest last year with Maléna, the 21-year-old singer-songwriter and producer Rosa Linn’s Eurovision song ‘Snap’ has a catchy drum and clap beat.

If you are a fan of indie folk then ‘Snap’ is the Eurovision song for you. The sound is reminiscent of The Lumineers and Philipp Poisel’s German hit ‘Wie soll ein Mensch das ertragen’.

Australia: Sheldon Riley ‘Not the Same’

Sheldon Riley is the Sydney-based singer who won ‘Eurovision - Australia Decides’, Australia’s national qualifying competition to see who gets sent through to the official Eurovision contest. Riley now has to make a journey halfway across the globe with his dark pop ballad ‘Not the Same’.

‘Not the Same’ has simultaneously haunting and angelic vocals, the overall tone of the song reminiscent of Sam Smith’s work.

With simple staging and a striking dramatic veil, it is becoming more likely that Australia might do one better than their success in 2016 with Dami Im’s ‘Sound of Silence’ which came runner-up that year.

The song is somewhat of a statement, it is powerful and reclaims back the dancefloor from the pandemic. It is a liberating and upbeat song and will definitely be a welcoming song to the Eurovision lineup.

Nadir Rustamli’s ‘Fade to Black’ is an emotional contemporary ballad. It grieves the death of a relationship in all forms, passing through multiple stages of how to process it.

Also, it’s incredibly dramatic with impressive raw vocals that suddenly switch to a gentle delivery. The building instrumental in the background throughout the song also reinforces the storytelling journey.

Back in September 2021, it was announced that Jérémie Makiese would be Belgium’s choice for Eurovision 2022. The vocalist was the winner of The Voice Belgique’s ninth season, and Jérémie’s song ‘Miss You’ truly shows off his vocal talents.

‘Miss You’ is a ballad turned R&B track, with incredible bass and the amalgamation of different styles, including a gospel choir in the final chorus, is effortlessly pulled together by Makiese’s powerful vocal talent.

Bulgaria was the first country to announce their Eurovision entry all the way back on 5 December 2021. Intelligent Music Project is somewhat of a supergroup consisting of: Ronnie Romero (lead vocalist of Rainbow), Bisser Ivanov, Slavin Slavchev (who won X-Factor Bulgaria in 2014), Ivo Stefanov, Dimiter Sirakov and drummer Stoyan Yankoulov.

Essentially, the Avengers of dad rock. ‘Intention’ has a classic 80s rock sound, but it does feel quite outdated with possibly the most boring bass line I have ever heard. If you’re just strumming the root note, what’s the point?

I think there are some teardrops of Mia Dimšić’s guitar.  It has a sweet acoustic singer-songwriter vibe, but the overall tone just feels very rooted in Taylor Swift’s discography.

It’s nice. However, ‘nice’ should not exist in Eurovision vocabulary. It’s guilty of being a touch boring. ‘Guilty Pleasure’ Taylor’s version anyone?

Cyprus are very strong every year with a legacy of providing bop after bop (they really just don’t stop). We were gifted ‘Fuego’ and ‘El Diablo’ from Cyprus, and now our next upbeat track is ‘Ela’ by Andromache, a performer who rose to fame after participating in The Voice of Greece back in 2015. Since then, she has signed with Panik Records and released multiple hit singles. The staging of this exciting entry is set to be designed by internationally acclaimed directors Marvin Dietmann and Dan Shipton.

Cyprus always delivers on the Euro-pop bops and catchy beats, and there’s no doubt that ‘Ela’ will get people up on their feet.

Czech Republic - We Are Domi ‘Lights Off’

‘Lights Off’ is peak chart music, it’s upbeat repetitive boppy dance music. Though, it has a killer instrumental which takes it to the next level. We Are Domi was selected as Czech Republic’s act for Eurovision 2022 was determined through a mix of public and jury votes, and we should all be grateful for their decision – it’s a get-up-and-go song.

You can even imagine the staging in Turin, with dark lights and the lyric ‘So turn the lights off’ sparking absolute lighting chaos.

Anything is better than Czech Republic’s 2018 entry with Mikolas Josef’s ‘Lie to Me’, a Liam Payne post-One Direction nightmare fuel song accompanied with flossing on the main stage. Somehow, Josef reached sixth place in the grand final – the best result Czech Republic has ever got. We Are Domi is a far better prospect of reaching the top five, but let’s just hope they never floss on stage, please. 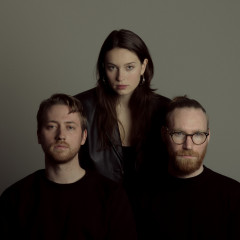