Childline shares a first-person account of Jake, one of their service users, who turned to Childline in his hour in need.

Since he was seven months old, Jake has lived with his paternal grandparents and has struggled with his mental health throughout his childhood. Jake’s mental health was causing him to feel suicidal, so  Jake reached out to Childline in his darkest moments.

Jake contacted Childline many times through 1-2-1 chats, message boards and phone calls from age 12 onwards and shares his account of what that time was like for him.

I was a bit quiet and shy when I was little. I just kind of got on with everything really. My grandparents were pretty hands-on and really nice to live with.

Primary school was OK, but then the bullying started in about Year 3. It was mostly name-calling and excluding me, trying to keep a massive distance away from me unless they wanted to call me a name or something. Our school wasn’t the best at dealing with it. They said it was my fault. One time that sticks out in my mind is when someone pulled my trousers down in front of one of the dinner ladies, and she just stood there and did nothing.

I was diagnosed with autism really early on when I was like 3 or 4 years old. Because I was autistic, the kind of stuff I did wasn’t ‘normal’. I didn’t really like sports, and you had to like sports and had to like football. If you didn’t do whatever everyone else was doing, you got bullied. I had a few friends, but not if they were with other friends. People would talk to me when they had no one else.

I used to like spending time with my grandad, and we’d go out walking, but he had dementia. As he got older, it became difficult to take him out anymore.

One day, when I was about 12, I ended up arguing with my nan. I can’t remember what about but I just said something like “it’s all because of my mum, I want my mum”. I guess I said it to get out of trouble. Afterwards, I thought maybe I did want to know my mum. I knew she only lived in the next town, and from what I know, she still does. I’d never seen her and just wanted to get to know her, I guess.

I don’t know why she couldn’t look after me. My nan’s got the court papers at home but won’t let me see them until I’m older. Conversations about my mum always happened over me [not with me]. Until the argument with nan, I never felt able to ask questions such as, where does my mum live? What’s her phone number? Does she care about me? I didn’t feel like there was the space to do so, but I’ve always wanted to know.

Nan said she would talk to people to decide if it was the right decision, and eventually, I did get to speak to my mum. We rang my other nan, and she put my mum on the phone. My nan spoke to her first, then passed the phone over to me. I found it a bit awkward. I just said “hi” and asked how she was.

I talked to her for a bit, and that first time we spoke, I found out I had a little sister. That was massive for me, being an only child.

There were a few phone calls after that. We started emailing, but we weren’t really saying a lot. My mum never asked questions. She never seemed that interested or asked me what life was like. She was going to Skype me then never did. Then she said sorry and was going to Skype me again. When the Skype call never happened, contact just fizzled out. That was over a few months.

I was a bit desperate. I really wanted my mum and wanted that relationship. I was OK with the contact even though it was really bad and a bit upsetting and made me angry towards nan and other people around me. I knew it was probably unhealthy, but I was willing to accept anything for that relationship.

I got kind of low, crying and screaming when she didn’t Skype me. There was a lot of anger released. At this point, I knew I had a sister, and I hadn’t been able to speak to her or see her. So I was imagining all this stuff, what’s she like? How can she live with my mum if she can’t look after me? That was a big one and made me worried.

It was around then I got in touch with ChildLine. I emailed at first, just about my grandad and the bullying, then about my sister and mum. I didn’t have anyone else to talk to. The email replies would ask me questions that kept the conversation going, which meant I could talk and express things. I was at a stage with my autism where I couldn’t start a conversation. Their questions allowed me to get the stuff I needed to get out, out.

The first time I actually phoned ChildLine, I had run away from home.

I had got back in touch with my mum when I was about 13. I recognised her email on a parents’ forum online and saw she was talking as if she only had one child. She said she was lonely and didn’t have friends, and I just thought, ‘but you’ve got a son’. When we started talking again, she told me she had cancer, but we found out that wasn’t true. I’d already had mental health problems from the bullying, but this made it worse. I went into depression, which flared up my anxiety and put me in a bad place overall.

Not wanting to go home, I went to the library to use ChildLine’s 1-2-1 chat, and they said to call – so I did. I left and called from outside. I actually called and got to the recorded ‘Welcome to ChildLine’ bit and cut off the call several times, but eventually, I made the call.

Since then, I’ve had contact with my mum again, but that fizzled out. She kept saying she was too ill to see me, so I told her I was ending it after that. I was desperate to keep her around even though it affected my mental health. I still tried everything I could to have a relationship with her.

When I started talking to ChildLine about my mental health, I mainly talked on 1-2-1 chats about how I was feeling and how I was suicidal. I had been referred to the school counselling service, but that wasn’t really working. Through ChildLine, I ended up speaking to other people on message boards. When things were difficult, I wanted to be like ‘the big brother’ and help, and it gave me a feeling of purpose.

I always advise people to call ChildLine now on the message boards. It’s a service that helps. They’re so trained, and I really trust it. I normally spent about an hour talking with them, which was what was needed. I didn’t really have anyone or a reason for anything before that, but when I could reply to people and realised it wasn’t just me, it really helped.

Children and young people can contact Childline for free, confidential support and advice, 24 hours a day on 0800 1111 or at www.childline.org.uk. 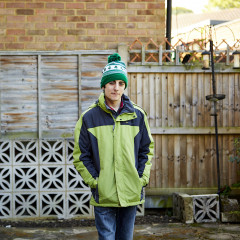 Childline's 'We All Feel It' campaign: Jake's story

Childline shares a first-person account of Jake, one of their service users, who turned to Childline in his hour in need. 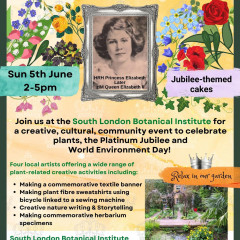