Casting a positive eye on the upcoming year

The past year has been an eventful one. There were certainly positives, but these felt slightly negated by the negative news stories surrounding issues like climate change, equality, and of course, Covid-19. With 2021 drawing to a close, we thought it would be worthwhile to highlight some of the things that people can look forward to in 2022.

The Winter Olympics have so far been surrounded by controversy, owing to the fact are being held in Beijing, where the Chinese government have been accused of human rights abuses and cultural genocide of the Uyghur people. With multiple countries such as the UK, Australia, Canada and US all initiating diplomatic boycotts in response to the political decisions of the country, it will be interesting to see how many countries follow suit. Just this week, Belgium also announced their own boycott. However, the Olympics last year was a resounding success, reporting a 68.8 million viewership within its first week, and the Winter Olympics is sure to bring about the same kind of numbers, even if surrounded by criticism. Seeing the best winter athletes competing on the world stage is still a thrilling watch, and will be a welcome break away from the norm after a tumultuous couple of years.

The Winter Games will start 4 February and run until 20 February.

The UK will be treated to two bank holidays next year thanks to celebrations for the Queen's 70th year anniversary as our reigning monarch. The Platinum Jubilee is slated to include a live concert held at Buckingham Palace, Trooping the Colour, a service in St Paul’s Cathedral and a large light show. Undoubtedly there will be a plethora of other activities to get involved with locally too, alongside the many street parties likely to take place. We are sure that most will just simply enjoy the extra days in bed. The Platinum Jubilee bank holiday will start on 2 June and run until 5 June.

Following the recent qualifying games from this year, the FIFA World Cup will be taking place in Qatar next year. There will be another chance for England to bring it home in 2022, after their unfortunate defeat to Italy during the rescheduled 2020 Euros. Expectations are high, as England has never had such a promising team of young players, and the team will be wanting to rectify their defeat from this year. Going far in the World Cup will be sure to lift the nation's spirits, and would definitely breathe unbridled positivity into 2022. Either way, it will be nice to witness the world competing yet again, and will give us all something entertaining and dramatic to look forward to.

The World Cup will take place from 21 November until 18 December.

2021 was filled with plenty of blockbusters, from Dune and Bond to the newly released Spiderman: No Way Home that has been setting new records. There seems to be no let up in the blockbuster action as we enter 2022, with everything from superhero epics to action film juggernauts. Some of the most exciting new films to be released include the new Batman film, which will see Robert Pattinson take on the mantle of the caped crusader, Tom Holland taking on the role as Nathan Drake in the cinematic Uncharted adaption and James Cameron’s Avatar 2 finally hitting screens almost 13 years after the original. Plenty of new Marvel films will be released, such as Doctor Strange’s Multiverse of Madness and Black Panther 2, as well as new John Wick, Top Gun, Scream and Mission Impossible films. The year is set to be stacked with new movies to watch, and we will be spoilt for choice.

After the release of both the Playstation 5 and the Xbox Series X, there has been little in the way of exclusively next-gen video games to come out, partly due to pandemic related delays. 2022 will start seeing the release of the first games dedicated to the new software, and that is an exciting premise. After seeing what these consoles could be capable of, it will be interesting to see how developers will use the new technology. There are some gargantuan games slated throughout next year, including Square Enix’s Forspoken, FromSoftware’s Elden Ring, Bethesda’s new space-based IP Starfield and  God of War: Ragnarok to name just a few.

Red Nova - A new star in the night sky

For the first time in decades a luminous nova will be viewable with naked eye in 2022. The red nova is the result of two stars with such exceptionally close orbits merging together, releasing extraordinary magnitudes of energy, along with infrared and visible light. Through artistic renditions of computer generated data, we will be able to gain an impression of how the explosive process will look up close, but here on Earth, the results will be seen through a new, bright point in the sky. Such astrological events are exceptionally rare, scientists only confirmed their existence in 2008. No definite date has been established, but a 2017 study pointed to 2022 as the year we will see the newly merged star appear in the night sky. 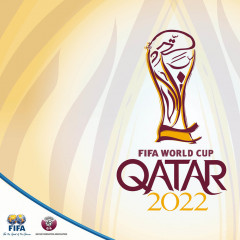 Casting a positive eye on the upcoming year