A debate on the end of visa free touring for musicians.

The issue I am looking at is the end to via-free touring for UK musicians in Europe. I chose to do this issue because I like performing music and with the end of visa-free touring it would make it harder for smaller bands to tour to become more popular, but will also mean bands from different countries such as America will have to shorten the length of tours and potentially means fans of the bands may miss out on more opportunities if where they can go visa-free is reduced.

My opinion on the issue before researching is that it’s a bad idea to get rid of visa-free touring as it can mean bands and fans of the bands could potentially lose out on going to certain places, meaning less income is made with touring. Because of this, added with how streaming videos and music online is becoming easier with videos of tours available online the touring industry may die out as it becomes harder for bands to sustain themselves that way. As during lockdown, bands have hosted virtual tours you could pay to watch at home while making it cheaper for bands to just rent out a venue for the virtual tour while earning more money from tickets as there's no seating capacity limit it may be the way bands are more likely to change to.

To research my issue, I have used sources from multiple sources including the government website, news reports, and also sites for music related news. Including the BBC, Classic FM, NME.

From my research, in the beginning when it was first being debated in parliament and with the EU both sides were blaming each other. With Britain saying it's Europe's fault for not agreeing to their proposal and the EU saying that Britain wasn’t making a fair proposal. Many politicians during the debate in parliament were against it as they were concerned about damaging the £5.7 billion music industry while they were also angry about ‘the glass-ceiling that this will create for developing talent’ along with claims ‘from European promoters that they are likely to book fewer UK acts for events’. Which if this happened would cause a loss of jobs and income. However, the Conservative minister for digital and culture in the department for digital, culture, media Caroline Dineage repeated that the ‘ UK pushed for an ambitious arrangement’ and that ‘the EU rejected this and there was no counter offer.’ While she said this she also said that it wasn’t a blame game, and the door stays open to return to the issue should the EU change their mind.

On the other side of things, the EU blames the UK insisting it was the UK’s choice to end visa-free touring. And that they refused a plan to allow musicians to tour without visas. The EU’s Brexit negotiator Michel Barnier said the result was one with inevitable consequences of Brexit and that he ‘very much regretted that the British didn’t have more ambition for people’s mobility’. He later went on to say how the EU made ambitious proposals in terms of mobility including categories for journalists, performers, musicians and others. As a result, the EU has said it is up to each member state to decide if a visa is required for a short stay visit for carrying out a paid activity such as touring. Later on the UK government did admit that the EU proposal was rejected as it was believed it would ‘clash with ending free movement’. After days of arguing with Brussels they threw out a deal and they have refused to explain the reasons for doing so. Although a Downing street spokesman said the offer ‘fell short’.

Another culture secretary, Oliver Dowden has denied allegations that the UK rejected an EU offer for visa-free tours saying, ‘it was the Eu letting down music on both sides of the channel - not us’. And that ‘some reports have suggested we turned down a bespoke arrangement from the EU’…‘ In reality, it was the other way around’.

After a decision had been made, David Martin had said ‘the announcement is not new information to the music industry’, and the difficulties involved in touring remains with rules differing in each of the 19 countries. He has also admitted to feeling ‘frustrated and really, really concerned about the future of our industry and the ability to tour in Europe’ as it is a big market that is ‘four times the size of the US market for British artists’. And many people who disagree with the decision made are signing petitions, some of which have over 2.5 thousand signs.

On the Government website, they claim that from discussions the 19 member states which have confirmed UK musicians and performers do not need visas for short-term tours include; Austria, Belgium, Czech Republic, Denmark, Estonia, Finland, France, Germany, Hungary, Ireland, Italy, Latvia, Lithuania, Luxembourg, Netherlands, Poland, Slovakia, Slovenia, and Sweden. While the government is also ‘actively engaging with the remaining EU member states that do not allow visa and permit free touring, and calling them to align their arrangements with the UK’s ‘generous’ rules to allow for up to 3 months visa-free touring. Formal approaches have currently been made to; Spain, Croatia, Greece, Portugal, Bulgaria, Romania, Malta, and Cyprus.

It is possible people can disagree with my opinion on why it is bad because the UK left the EU, claiming that as we have left why should we be allowed visa-free touring. And different articles from countries in the EU may claim different things to the ones available in the UK and that I have used. However, my argument hasn’t changed that it is a bad idea to end visa-free touring. As research I have found backs up what I have said about it potentially being detrimental to the industry with it becoming harder for small bands starting, and also the effect on the income for bands.

My final argument is, that the ban should not be in place for artists or people who work. I believe it is good that some countries have not got the ban, however other countries should do the same and not follow it. While touring even if you aren’t staying there for 3 months you may want to visit multiple places within the country. For example, in the UK when they tour they visit multiple locations such as London, Bristol, Glasgow, etc. I believe this as it can have a massive hit on the industry and also the way people enjoy music. 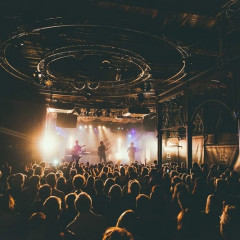 A debate on the end of visa free touring for musicians.