This short New Creative film showcased the obscure memories of a man in his eighties.

Watch It's Raining, It's Pouring here.

Created by Roan Mckenzie, It’s Raining, It’s Pouring is a surreal short that acts to emulate the fleeting memories of a man in his eighties.

This film was peculiar to watch, as from the description you would naturally paint an image of a heartwarming recap of an elderly man relieving the glory of his past.  However, Mckenzie takes Frank Maher’s narration, and through the combination of animation and an eerie soundscape, provides an almost haunting memoir, filled with glimpses of happiness but shrouded in gloomy sadness.

He speaks of the joys of dancing, but the mood quickly shifts as he recalls a cancer diagnosis and the devastation of when his mother died. Images of him as a baby but animated depictions of cancer taking over the body appear on screen; juxtapositions if I ever did see them.

The film closes on a verse:

The night trembles one last time,

I have lived and died a thousand times.

The past and the future remain by our side forever.

It was only when these lines featured on the screen I began to realise what Roan was trying to depict. Life is fleeting, and regardless of how you live there will forever be moments in your life that you die. Through events of grief, loneliness, heartbreak or illness you are forever living and dying in this ever-flowing cycle. Is it morbid? Most definitely, but it still remains a reality of life.

Overall I would say it is a piece that will leave you thinking, which is never a bad thing. It’s simply just not a thought I’m keen to get lost in.

We also interviewed Roan Mckenzie, and you can read that interview here. 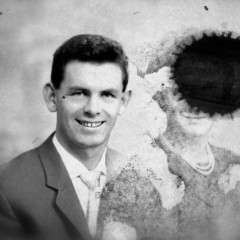 It's Raining, It's Pouring Review

This short New Creative film showcased the obscure memories of a man in his eighties.