Amy Winehouse is being remembered in a new exhibition featuring previously unseen images of the star who died 10 years ago.

As a lover of music, I think that few can dispute the undeniable talent of Amy Winehouse. Her music is timeless, her story painful, and her legacy unforgettable.

10 years have now passed since Amy’s death in 2011 and fans, friends and critics will now get the opportunity to marvel at her life once again in a new exhibition.

Photographer Phil Griffin was one of Ms Winehouse's closest collaborators. The exhibition is a memoir of his friendship with the singer that began in 2006 and features re-imagined photos of Ms Winehouse taken by Griffin, which, according to ITV, have not been shown before.

Amy rose to fame in 2003, when she debuted her album ‘Frank’, produced by Salaam Rem. Songs like ‘Stronger Than Me’, ‘In My Bed’ and ‘Frank’ got her the 2004 nomination for "British Female Solo Artist'' and "British Urban Act."

Then from 2006 - 2008, Amy dominated the music scene with her renowned album Back to Black. Iconic songs such as ‘Rehab’, ‘Love is a Losing Game’ and ‘You Know I’m No Good’ featured on this album and made Amy the musical icon fans love and musicians aim to emulate.

“When I thought about revisiting my work with Amy to mark this 10 years of life since her, it was with some trepidation. My relationship with Amy was gentle, not rock n roll, nor dramatic or chaotic at all," Griffin said.

"It was simple... each image very slightly different from the next, allowing me to look at Amy as though she is both present & absent in the same moment, it reminds me that whilst we lost her too soon, we have her forever in so many other ways.”

"This new re-imagination of her image has allowed me to recover some memories, re-look and re-wonder at all the colours Amy was to us all.”

That new gaze of Amy’s life comes at the perfect time, as a decade feels both distant & tangible, whilst adding the memories of people she worked with such as DJ Mark Ronson or her Goddaughter Dionne Bromfield, making this month a special time to remember the legendary artist.

Bromfield has made a TV documentary about Winehouse to address her grief (it is one of two about the singer this month; a BBC film looks at her life through the eyes of her mother, Janis) according to The Guardian.

So although 10 years have passed we can look forward to a new perspective of Amy’s life. She may be gone, and her life now forced to be seen through the narratives of others, but her music will always live on.

Amy In The Light is at the Brownsword Hepworth Gallery in Knightsbridge until 14 September 2021. Entry is free. 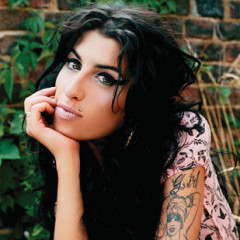 Amy Winehouse is being remembered in a new exhibition featuring previously unseen images of the star who died 10 years ago.