Top Wavers is a short look into the friendship of three teenage boys, and I really felt that this film was authentic; like creator Comfort Adeneye understood what it’s like to be a young person with their friends. The situation of relaxing in someone’s room, playing video games, the angry friend and the friend on their phone is very familiar and recognisable.

My highlight of the film was the performances of the cast, as it was so natural and I felt like this conversation was happening. The subject of hair and it’s importance to your appearance is something I think most young people can relate to. The simplicity of how this film looked was what made it so stylish and I loved how intimate it felt.

The only thing I wish there was more of was a substantial story and stronger characterisation; a stronger narrative sense to the piece would have made it stand alone on it’s own, instead of feeling like a small snippet of a larger idea or film. This was probably due to the format of a short film, though. I also felt that the piece ended abruptly and would have liked some conclusion from the ideas brought up in the film. Overall I enjoyed Top Wavers — it was short and sweet and I just wish there was more!

We also interviewed Comfort Adeneye, and you can find our discussion here. 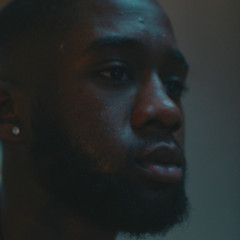