Birdcage is rough around the edges, but has a powerful message.

You can watch Birdcage here.

In the dystopian world of Birdcage, young people are forced to wear ornate birdcages around their heads until they’re forcibly married to someone of their parents’ choice.

This is a film which lives and dies by its aesthetics. The dreamy haze of the opening scene. The very traditional and restrictive pristine dresses. The hauntingly beautiful bird cages, sparsely decorated with pieces of foliage. All of these visuals are striking and come together to give the film a persistent uncanny atmosphere. What can break this atmosphere from time to time is the choppiness of the editing, where in trying to fit so much into this limited time frame, we aren’t allowed to sit with things and let them have their impact.

Beyond the filmmaking, Birdcage also has some really interesting ideas and analogies for our contemporary society, and its restrictive vision of relationships. The film portrays love as a radical force in a way that doesn’t feel trite, but actually feels incredibly real and touching. Unfortunately, all of these really interesting ideas rub against somewhat awkward acting and pacing, but the general ideas are still powerful.

All things considered, Birdcage is a visually striking film with powerful ideas that I would love to see fleshed out further.

We interviewed creator Mark Campbell Garrity, and you can read that here. 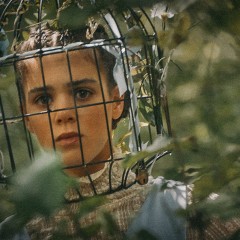 Birdcage is rough around the edges, but has a powerful message.