A good show that tackles a hard subject in an intelligent way. The torment is expertly portrayed and we have some star actors in the making.

This is a moving show that builds some real intense drama and features some clearly talented actors. It starts in a gallery, with artists exhibiting their work. It then works through a range of ‘flashbacks’ which provide the backstory to the action. This is marked with audio but sometimes is hard to follow, and the changeovers need much better lighting signals too - or a chance for actors to move. Early on they stay on stage (almost frozen) and later on they run offstage.

The good acting is let down a little by the scene transitions and a bit more work on the direction of these is needed. Disappointingly, around the middle of the play, all of the great comedic lines that had been coming at a steady pace and met with with laughter (well placed relief in the tension) somewhat dried up, and the pace is lost as a result. However, it does eventually build back up and the challenges of love, of personal identity, of sexuality are re-imagined.

The show overall does deliver on being emotionally charged, the acting within the longer scenes allows you to become entranced in the story, and these are excellent moments.

The topic of mental health is superbly addressed through the story, the way it affects relationships and friendships is excellently depicted, and I feel many of the actors will have a considerable career ahead of them. I hope that through the course of the run the changeovers will be improved, and that many more people see this very important and moving piece.

This is a very strong three star and I hope to see a future iteration which has every promise to blow minds in the industry or even be toured to places where young adults can have a conversation started. Well done especially to Jennie-Lee Green (Beatrix) who’s portrayal of someone who has lost and someone keen to help will be a lesson for many peers to understand they can too.

Available on Alternating days at The Space on the Mile from 1.15pm. https://tickets.edfringe.com/whats-on/27-club 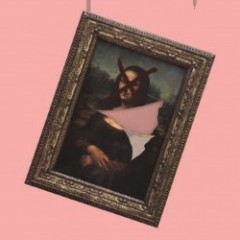 A good show that tackles a hard subject in an intelligent way. The torment is expertly portrayed and we have some star actors in the making.