A dynamic duo try to deconstruct gender roles in this wild show.

In Bait’s Kill The Princess, two clowns go through varying elements of identity to see if the can ‘kill the princess’ and find themselves.

Michelle Madsen and Liz Margereson are the two performers in this show and from start, to finish they have an electric chemistry that forms the backbone for the whole show. The pair switch from themselves, to princesses, to hilarious caricatures of toxic masculinity (think Hulk Hogan, but less problematic), carrying bucket loads of energy to each and every character. Despite playing all these strange characters, they still feel welcoming and personable, using the small and strange space of the Spiegelyurt to get the audience involved in the action. On top of this, there was a sense of self-awareness and adaptability about them, making self-aware ad-libs and rapidly reacting to anything that didn’t go exactly to plan.

Where Kill The Princess breaks down is on a holistic level. Whilst the varying skits work in isolation, and many of them have clear allusions to gender politics, there’s never a clear through-line to link them all together. Towards the latter end of the show, there’s even a clear and overt attempt to refocus the narrative around its feminist message, this moment is definitely powerful but still can’t make the preceding show any more connected to the central messages. In spite of this incoherence, the boldness of some of the ideas and imagery means you still have something to think about - even if you’re not sure what.

Kill The Princess’ message is blurred and often feels messy, but the skill and personality of Michelle Madsen and Liz Margereson are more than enough to pull you through. 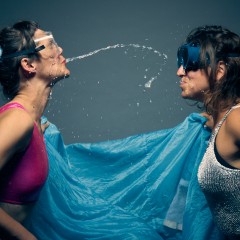 A dynamic duo try to deconstruct gender roles in this wild show. 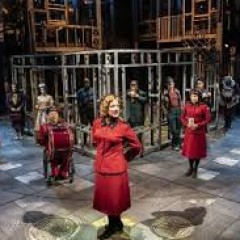