Here's a collection of reviews of Invisible Cities visited by students from Newall Green High School at Manchester International Festival.

On Video a review of the show is:

In pictures we present the show: 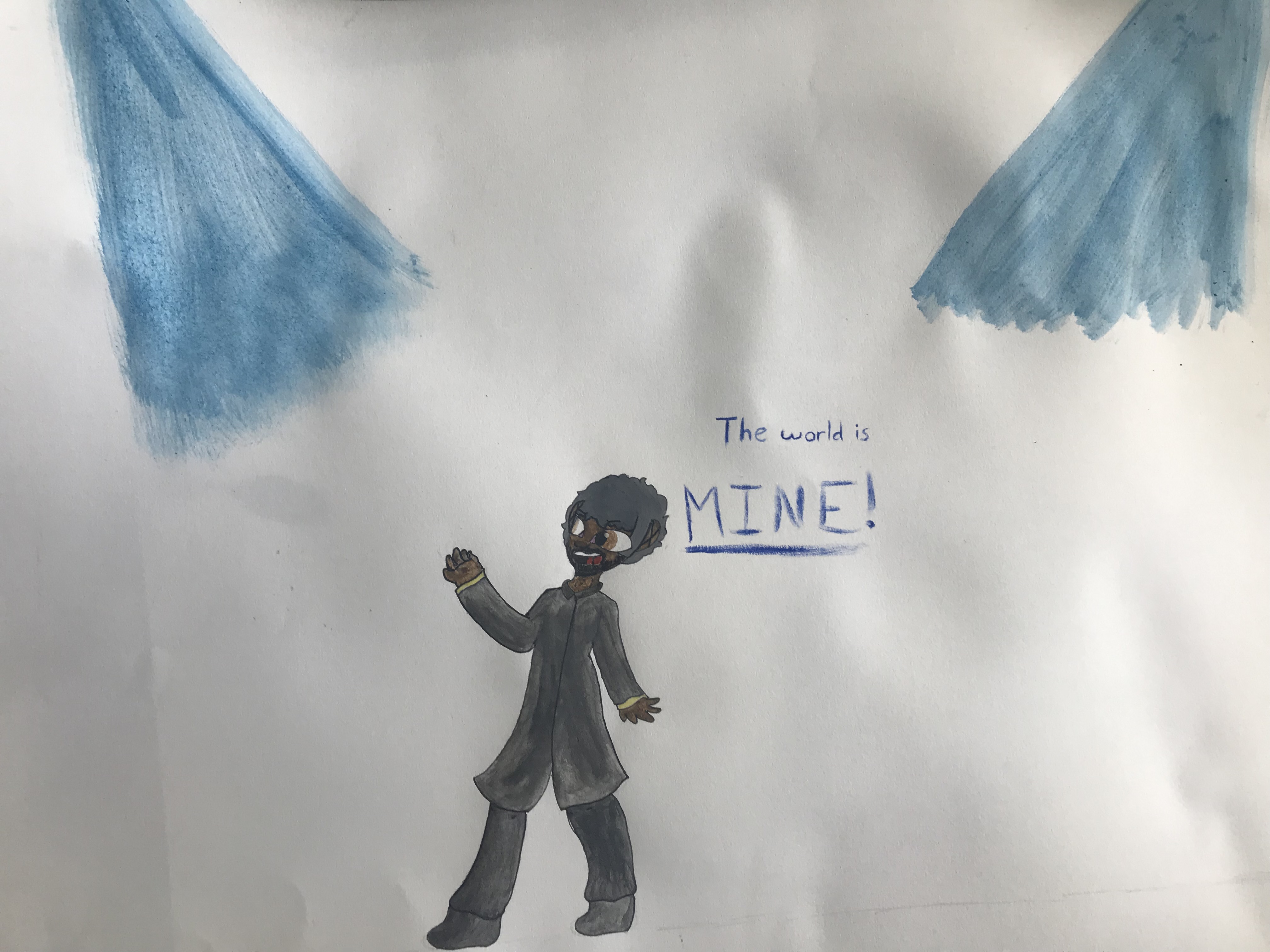 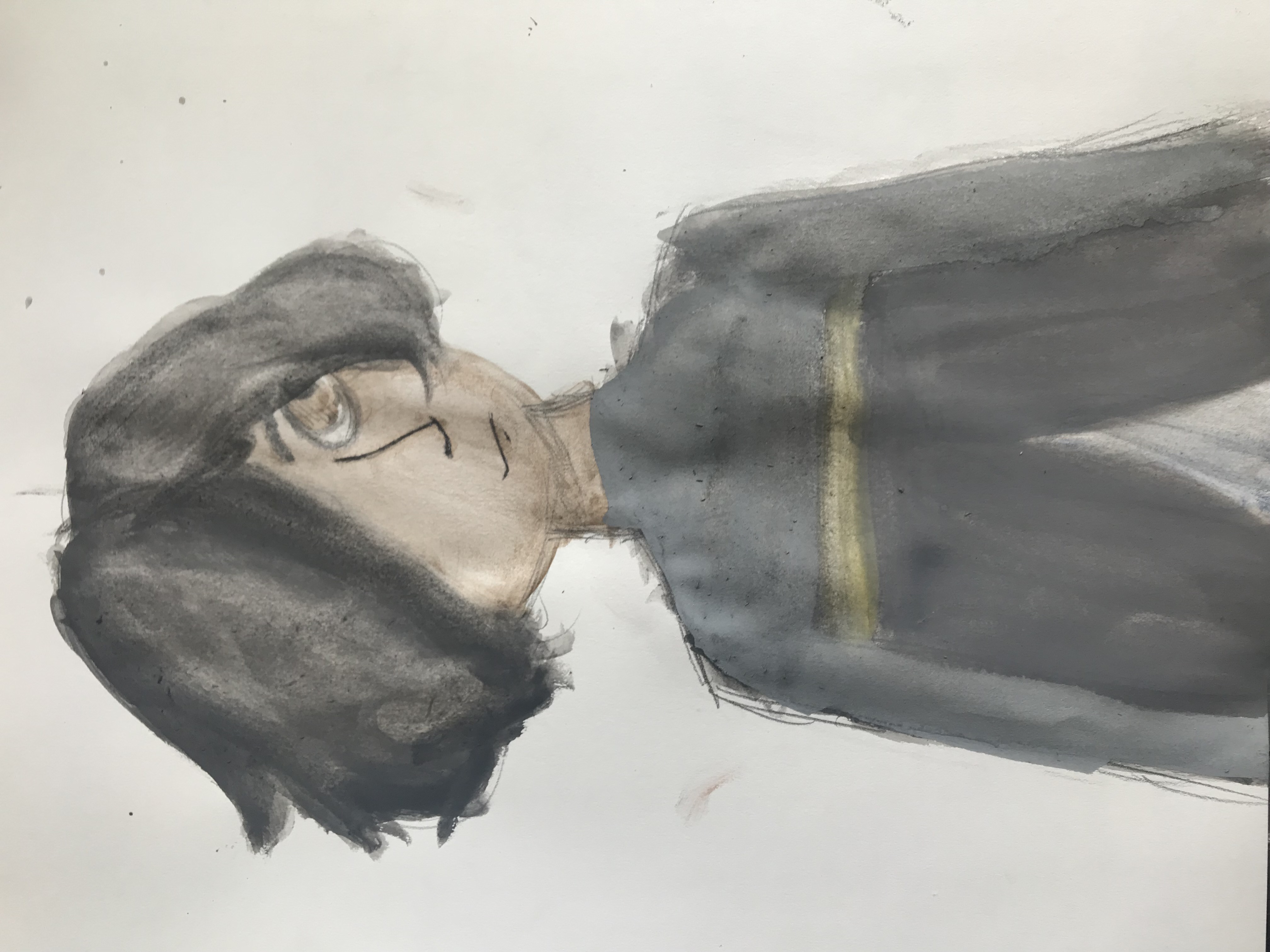 In words the show is reviewed:

The show is about a ruthless king who leads an empire. The king then meets a poor man who came to the king to give his home to him as a present. Later on the poor man tells and shows the king these different cities unlike anything at all. But the poor man tricks the king into giving him the key for his father and uncle to be set free. But the king tells the poor man he doesn’t know what door he needs and only the king knows where it is. That’s what I can remember.

I thought the show was amazing. How the dancers moved around, how they used their surroundings and props. I really loved how the king moved and talked, he talked with a very loud and rumbling voice like how a real king would speak. I also loved how they would move around with each other, sometimes they would link arms and legs to create a sort of monster.

What they could improve.

My first thought of Invisible Cities was quite sceptical, this was purely because of the venue the Mayfield Train Station. It seemed very old and frightening and somewhere you wouldn’t expect a performance to be held.

When I first entered the warehouse, it was gloomy, dirty and chilly the only lighting you had was the fairy lights that guided you around the outside of the seating areas and the lights that were only used during the show, so it’s a tripping hazard and it also has uneven flooring.

Shortly after, we had been seated all the lights were turned off and the projectors began to show scenes of the description from the book. After the projections had stopped playing, the curtains retracted and scene 1 began to play, it was very had to see the performance when it was located in the centre of the floor because of the massive pillar was blocking the view you had to lean over the other person to see what was happening. Each scene lasted about 15-20 minutes and there were 6 scenes. The seating was very uncommentable and gave you a really sore back, they caused us loads of discomfort and it was hard to concentrate on the performance whilst you were feeling sore.

After the show had ended, all the lights came on and the performers came to the front of the seating areas and bowed in front of you, we all clapped and applauded. The amount of the show we could see was amazing, the king was the best actor in the whole show, he had a loud and fluent voice. He was by far the best part of the show.

I would recommend the show to higher class people and adults, it doesn’t seem like something kids would enjoy nor sit still through. It is definitely a show that seems to be based to adults and not kids. I would say that the tickets should be about £25-30 due to the uncomfortable atmosphere it had.

When I first entered the warehouse, I was excited because of the huge space surrounding me and wondered how it was going to be used. I decided to watch the show without knowing what was going to happen so that I could be surprised. Watching the production in the warehouse was unique and there was infinite space to do anything you wanted for the set.

The second that I walked into the room and sat down, I knew that the show would be full of projections and lights. At first, the bright videos projected on the curtains and the loud, roaring music was quite overwhelming. However, as I watched more of the performance, it became effective and portrayed the tense atmosphere. Then, when the curtains were opened, I saw another three sides of people watching the performance and I was full of shock and aflutter. For me, having four viewpoints in each corner was smart because everyone can see different things going on. The show itself was quite edgy due to all the blaring music and the sharp movement of the dancers.

The audience’s relationship with the performance was excellent because the dancers stood in front of us and gave us all eye contact. Also, when the curtains were shut, some dancers-nearer to the end- stood in front of them so they were closer to us. When the performers were dancing, they looked emotionally as well as physically connected to their partner or group which was impeccable.

My first favourite scene was when the dead people were coming out of a large sheet because the dancer’s movement looked as if they were getting pulled back by a force. Furthermore, the sheet made them look abnormal and alien like. My second favourite scene was when the lights were made to look like stars and everyone had lights in their hands whilst dancing. This is because it influenced the idea of a solar system and other galaxies which is like the story of the show that there are diverse worlds.

I thought that Mathew Leonhart (who played Marco Polo) was very talented because him acting petrified and hurt was very believable. During the majority of this production, I was at the edge of my seat due to how intrigued I was. I recommend Invisible Cities to people who enjoy watching things about kings and kingdoms and people who take delight of the thought of numerous worlds. I would price the tickets of Invisible Cities at £30.00 because of the uncomfortable seats.

I would rate this performance 4/5 because at the end it was the same thing over again of deafening music and people lying on the floor. Despite that, the rest of the Invisible Cities was amazing and full of surprises and I was satisfied completely.

The show was based on a fearless empire with a king who sits at his throne waiting for war. A man ran in being chased by the king’s guards from another country who left his family to come to the king’s village to give him a present. The present was explained to the king using a type of hallucination to make the dead seem as they live in their own invisible cities hidden in plain sight.

I thought the show was amazingly presented and well put together since being set in an abandoned warehouse. I enjoyed the show but as much as I enjoyed it the seats could be improved also some of the noises were really loud and deafening and could maybe made a bit less noisy. A lot of the show was fantastically presented and was but due to the ware house being flipped from an abandoned factory into an art centre were a festival show is being held the people who created the show have tried their best and the performers tried their best at creating good content.

The first thing they could have improved on is making the chairs a lot comfier and make the noise during the performance.

The show is about a king who sits on his throne and waiting for a war with his entire empire. A young man who left his family and ran from his country to go the king’s village and give him a present while he was chased by the king’s guards.

The way that the present was explained to the king is by using a type of hallucination to make the dead seem as they live in their own invisible cities hidden in plain sight.

I would describe the show in three words: exciting, interesting and awesome.

I liked the way they presented the show and all the special effects made it more interesting and realistic.

The three things that I liked in the show were the dances, costumes and the special effects.

One thing that got stuck in my head is the stage because in every single scene they changed the vision of the stage.

One thing that they could improve is the seats because they were too close together.

I will recommend this show for my friends and my family.

My first thought of Invisible Cites was quite opened minded as I didn’t know what expect.  The scenery was quite large and complicated but gave really good effects for the performance.

The performance was a dark, loud and confusing. It was based on book Travels in the Land of Kubilai Khan by Marco polo. It was a moving performance that makes you think. It had good dancing and good speaking with great actors.

The seats in the My field station could have been comfier as it was giving me back ache. The sound could have been quieter as a got a head ache with how loud it was. The pole that were in front of the seats were really annoying as it was in the way of the performance so couldn’t see all of it.

I felt uncomfortable as there was people there who thought just because they were posh that they was better than us and was looking down to us children like we were nothing. So it made me wary of what I was doing.

I would recommend this to old people or people who like dark mysterious performances.

The price of the tickets was unreasonable as I don’t think its £35 worth act the most I would pay for it would be £25 and that’s a push and that’s not because I didn’t like it because I did just because of the seating and viewing wasn’t good enough so it knocked down the price as it was a 90 minute show.

If I could describe the performance in 3 words, it would be: Overwhelming, brilliant and loud. Mayfield Depot is an old venue. It looks like it has a history and this links with the performance. I didn’t want to know about the play beforehand as I wanted a surprise. It certainly was surprising. I think it was really good because the characters were strong and their voices sounded very powerful. I didn’t fully understand the play at times because it’s hard to concentrate when the set is so busy. There was a lot of features: lighting, a boat and large screens with images on that changed from time to time. There was a lot of energy on the stage. The dancers were good and they looked really organised. The Great Khan was bold and his voice was clear all the time. Marco was very demanding but again, he was really good and his voice was very clear and understanding. 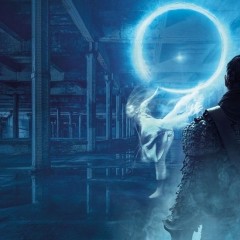 Here's a collection of reviews of Invisible Cities visited by students from Newall Green High School at Manchester International Festival.