This will be a review on the 2018 Biographical Drama First Man that stars Ryan Gosling and Claire Foy.

First Man was absolutely sensational on every level possible. This is now my favourite Ryan Gosling performance as he stole the film as his facial expressions alone gave so much emotion and his portrayal of Armstrong was superb. I can see a definite Oscar nomination coming for Gosling. Claire Foy was also phenomenal in playing Janet Armstrong. The direction was amazing for Damien Chazelle as it honestly felt like I was watching something from Christopher Nolan as it was such a masterful achievement. Also one of things Chazelle pulled off perfectly was managing to create a substantial amount of tension even though as audiences we are familiar with this story. At times in the film there was a lot of edge of the seat moments. The cinematography involving the main moon walking sequence was top-notch because it was extremely realistic. Also, in that particular sequence there was a fair few point of view shots which is a brilliant use of a camera technique because it makes the audience feel like they are apart of the moon walking sequence.

My admiration goes out to the entire cast and crew for making such an impactive and intense drama about Neil Armstrong. First Man is easily a front runner for my favourite film of 2018 and I hope it gets the recognition it deserves at awards ceremonies. 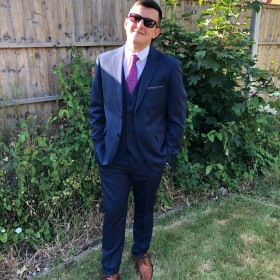 I am the teenage Film, TV and Theatre Critic 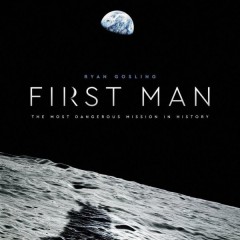 This will be a review on the 2018 Biographical Drama First Man that stars Ryan Gosling and Claire Foy.