BlacKkKlansman is the newest film from Spike Lee, director of ‘Do The Right Thing’ and ‘She’s Gotta Have It’ and arguably the most well-known black director on the planet. This film is the retelling of the story of Ron Stallworth (played by John David Washington), the first black police officer in the Colorado Springs Police Force and his role in going undercover and gathering intelligence from the local chapter of the Ku Klux Klan.

BlacKkKlansman is set in the 1970s and the film itself exudes the time period in which it’s based, from the cars, to the fashion, to the afros, to the score - you truly feel immersed in the context of the film. Beyond pure setting, this score helps to establish the emotions and tone particularly well within a film which frequently and abruptly switches between dark humour and deeply moving and emotional moments.

One big gamble this film takes is in the humour, where a film like this could be played entirely straight - it instead goes for a tone closer to 'I Tonya’ - which tries to find the ridiculousness and humour in a story full of horrible people. In fact, I'd argue that this film manages to achieve that effect more successfully than ‘I, Tonya’ as it's far clearer that we're not laughing at people's suffering - but rather the surrealness of the whole situation and the Klansmen involved. The humour employed by the film also makes BlacKkKlansman far easier to watch, meaning that you don't get the feeling I had in ‘12 Years A Slave’ of unrelenting suffering to the point where you zone out and become desensitised to it. Instead, the film having some levity means that the hard emotional hits are far more painful and affecting.

Perhaps the best comedic performances in this film were Paul Walter Hauser as Ivanhoe and Alec Baldwin as Dr Kennebrew Beauregard. Without giving spoilers, they both play different kinds of bumbling white supremacists and in both cases, they provide super fun and goofy humour - highlighting the stupidity and ridiculousness of the Ku Klux Klan and fervent white supremacists in general. Interestingly though, not all the performances of the Klansman are so goofy, some are more intense and chilling like Jasper Pääkkönen as Felix Kendrickson and others are (ostensibly) far more clean like Ryan Eggold as chapter leader Walter Breachway and Topher Grace as wannabe politician David Duke. Every performance feels incredibly precise and effective, getting their character across incredibly believably and throwing about slurs in a way that seems disturbingly natural. That being said, occasionally it felt like their use veered from purposeful discomfort into Tarantino-esque gratuity in a way that made me feel incredibly uncomfortable. Gratuity aside, the breadth of white supremacists shown here demonstrates very clearly the way in which class is by no means the basis of racism - irrespective of how politicians (such as Duke) weave the narrative to make their bigotry appear to be the will of the ‘real working class’.

Whilst the Klansmen (and other racists in the film) were often ridiculed, the film still acknowledged and demonstrated the sheer amount of fear, pain and rage they cause their victims. You could really feel both the pain and the inspiration of the black characters throughout the film, especially in the scenes where the Black Student Union are brought together. The great and ranged performances were accentuated by the very people-focused cinematography, the focus was rarely on the landscape and the scenery but rather on the people within it. Chayse Irvin (the film’s director of cinematography) and Barry Alexander Brown (the film’s editor) achieve this with their surreal choices, at more than one point the surroundings fade either to black (or are dimmed) to direct focus onto the facial expressions of these characters and convey their emotions in the moment.

Individual debates and thoughts aside, in the border sense, the film has some really interesting discussions about racism and some powerful messages - whilst also being somewhat of an education for the uninitiated. One of the key conflicts of the film is between our primary protagonist and the head of the Black Student Union - Patrice Dumas (played by Laura Harrier) as to whether the best way to fix a racist system is from within or from without. The best thing about this is that it doesn't feel like there's a foregone conclusion or one approach dominates the other, instead, it feels like there's no true right answer which is super interesting.

Something on which it does give a clear and final decree is the way in which it completely deconstructs the equivocation of white nationalists with the groups working to combat them. This false equivalence is rife within current politics, with the most notable version of this being where Donald Trump said that there were 'good people on both sides’ when neo-nazis marched through Charlottesville (a town in the USA) and antifascists confronted them. Perhaps the clearest denouncement of this film is in an incredibly well-edited scene which cuts between Topher Grace (as David Duke) monologuing about supposed grievances done to 'true white American men’ whilst Harry Belafonte (as Jerome Turner) monologues in detail about how his childhood friend was falsely convicted of rape and brutally lynched before the eyes of the whole town as the police watched. Whilst this juxtaposition shows the falsehood of these equivalences, it also exemplifies how the film tows the line between humour and horror, as Topher Grace’s comically self-aggrandizing monologue contrasts sharply with Belafonte’s harrowing description of the tangible harm the seemingly comical ideology expressed by Grace can cause.

Another way this film relates to current politics is that it super cleverly makes allusions to the political landscape (largely in the dialogue) throughout the film in a way that's sometimes subtle and sometimes pretty overt. Whilst it occasionally seems a little hamfisted, the steady increase in the frequency of these allusions throughout the film is rounded off by an ending which really brings them to light and reframes the film in a shocking and powerful way. I won't spoil it but by the end of the film, even the most 'apolitical’ of viewers will be deeply affected by its message.

Ultimately, The BlacKkKlansman is a brilliant film with some ideas, lessons and discussions that we should be carry over into our lives because, as political discourse in the last few years has shown us, white nationalism is by no means exclusive to the USA. 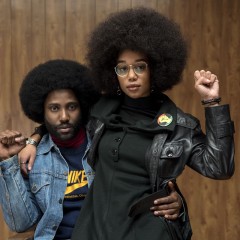 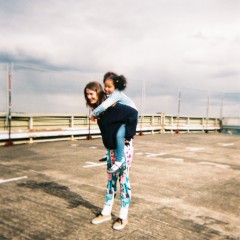