Kevin Quantum doesn't seem like your standard magician given his unusual journey into magic. A scientist at the time, Kevin appeared on the Channel 4 show 'Faking It', where he was trained as a magician. After just four weeks of training he then had to prove his skills on stage in front of a live audience. He proved to be great at it, and had clearly found his calling as he has been practicing magic ever since. He has even received training from the ultimate magic pair, Penn and Teller in Las Vegas.

Kevin's story clearly captured people's attention as, at the closing weekend of what has been another terrific Brighton Fringe season, a decent crowd poured into the Bosco theatre to see his magic, intrigued by this brand of magician-scientist hybrid.

His tricks were fairly traditional with classic sleight of hand card tricks and even the infamous magician’s hat. However, over and above his tricks was his winning stage presence and comic timing.

Every audience member who participated in his tricks had a great time and he made everyone feel comfortable. Furthermore, the creative framing of his show meant that every performance can be different with the audience being integral to its structure.

His magic was a delight for all ages as kids and adults alike marvelled at his sleight of hand and hilarious distraction techniques.

Kevin proves you don't need to have the most jaw-dropping, high concept tricks to entertain an audience. It didn't really matter if the tricks didn't go to plan.... To be honest, I don't think they were supposed to, as it all comes together in a mathematical finale that would please any numbers whizz. 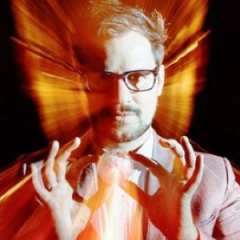