Sara Barron, as heard on Guilty Feminist and writer of The Harm in Asking and People are Unappealing entertains a small audience with her rough-and-ready Edinburgh Fringe preview.

A sunny Brighton evening meant The Temple Bar was full of people celebrating the weekend early. However, 10 minutes before the show was due to start, the small upstairs room where Sara Barron was due to perform remained completely deserted. As I started to worry I was about to experience an incredibly intimate show, five minutes before she was due to start, people started to head up to the small room - unable to turn down the opportunity of some free comedy and to hear some incredibly raunchy stories.

Sara gives hilarious insight into her 13-year-old psyche through a pornographic play written by her younger self. She also demonstrated her understanding for our British sensibilities of prudishness and embarrassment – playing on them for laughs as well as appreciating our love of a good pun.

Rather than trying to present a polished script, Sara rolled with the punches allowing the audience to give feedback to contribute to her set which created an intimate, unique show.

Despite the small venue and unpolished set, Sara Barron succeeded in creating a fun atmosphere and delivered her set to big laughs. It’s a great show that will surely get better and better as it becomes more refined. I’d thoroughly recommend going to see Sara’s show, if only to hear the greatest engagement story ever. 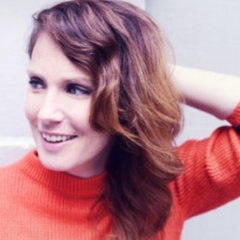